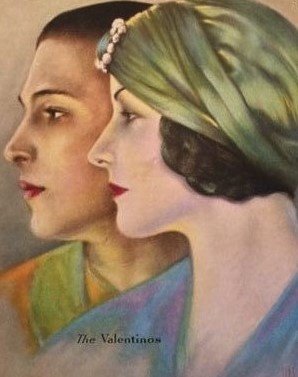 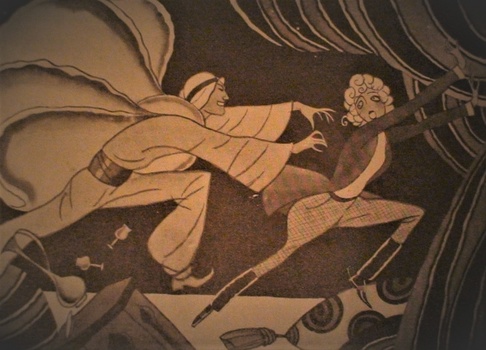 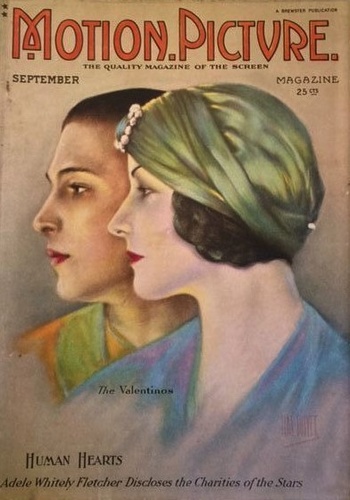 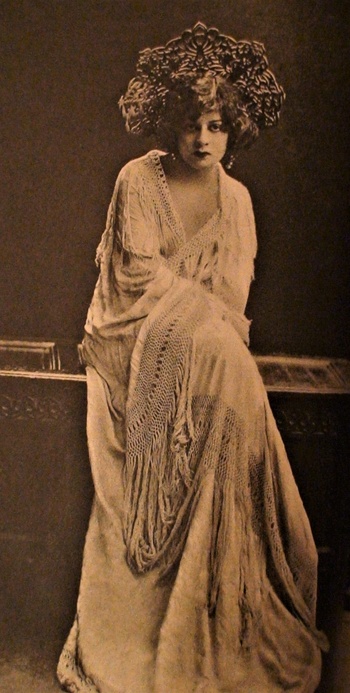 The September 1923 Motion Picture Magazine with Rudolph Valentino and his wife Natacha Rambova on the cover. They were a glamorous couple whose photos adorned many a magazine.

Rodolfo Alfonso Raffaello Pierre Filibert Guglielmi di Valentina d'Antonguella (May 6, 1895 – August 23, 1926), professionally known as Rudolph Valentino, was an Italian actor naturalized American who starred in several well-known silent films including The Four Horsemen of the Apocalypse, The Sheik, Blood and Sand, The Eagle, and The Son of the Sheik. He was an early pop icon, a sex symbol of the 1920s, who was known as the "Latin lover" or simply as "Valentino". He had applied for American citizenship shortly before his untimely death at age 31, which caused mass hysteria among his female fans and further propelled him to iconic status.

Natacha Rambova (January 19, 1897 – June 5, 1966) was an American film costume and set designer, best known for her marriage to Rudolph Valentino. Although they shared many interests such as art, poetry and spiritualism, his colleagues felt that she exercised too much control over his work and blamed her for several expensive flops. In later life, she continued her spiritualist activities, as well as studying Egyptology.