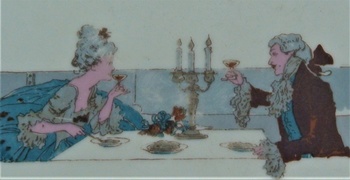 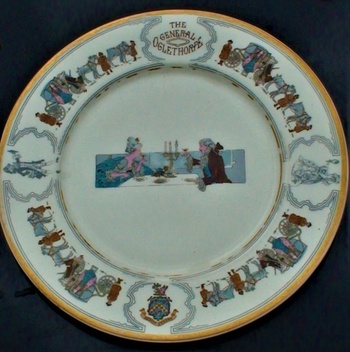 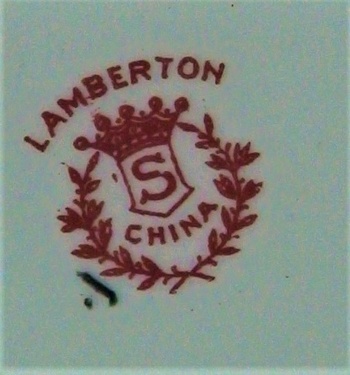 I could not find much information but the plate is featured in a book "From Earth To Art The History Of The Lamberton Works" By Larry R. Paul 2013 Page 178.

I could not find this exact date for this mark. I assume the plate is from the 1920s/1930s era but if anyone knows for certain please inform.

From the internet:
In 1926 (1927) Henry Walthour built the General Oglethorpe Hotel on the Wilmington River. Supposedly, construction was financed by, none other than, Al Capone! Later, the hotel became the Savannah Inn and Country Club, and then the Sheraton Hotel. After closing in the 1980s, it sat vacant for many years, until being totally remodeled as ‘Wilmington Plantation’, a luxury condominium conversion with spectacular and expansive views of the river.

...Besides, it's been a long time since the old hotel was married to the mob. Built in 1927 as a luxury resort called the General Oglethorpe Hotel, this Spanish-style hostelry was bought and sold by the Teamsters twice between 1961 and 1982. Part of the attraction for union bosses, who liked to hold meetings almost as much as they liked to drink, play golf and mess around, was its relative seclusion.

There are some rumors that Jimmy Hoffa, the Teamster's boss who was abducted and slain may be buried on the site.