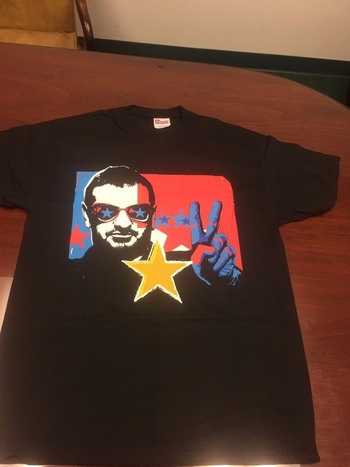 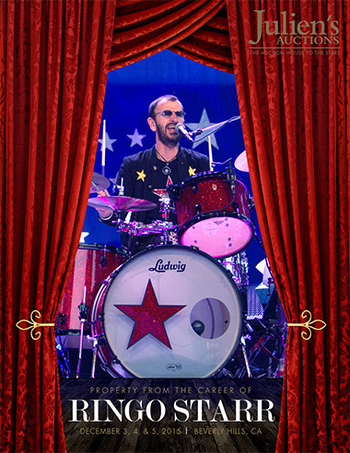 This black tour shirt belonged to Ringo Starr! It was part of his personal collection of 2001 "All Starr Band" memorabilia. It was sold thru Julien's Auctions in December 2015. It was the first time that any of The Beatles had agreed to sell personal items at auction. Money from the sale went to Ringo's own charity, the"Lotus Foundation." The items were selected by Ringo from his homes in L.A... Monaco & London. LOT #1196. Owned by the man himself!!!