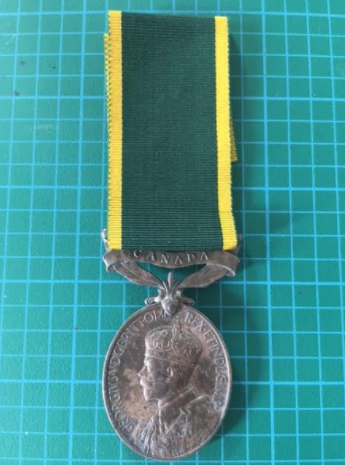 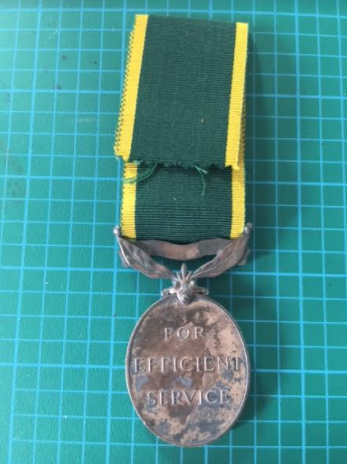 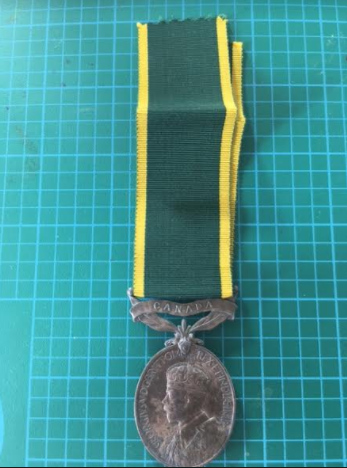 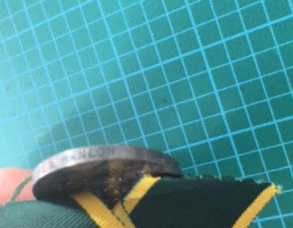 A very nice Efficiency Medal circa 1930-35 to the Winnipeg Rifles. It is named to a bugler of the regiment, "Bugler E. Hanlon, Winn. Rif." To the front of the medal is King George V, and to the back it reads "FOR EFFICIENT SERVICE". One clasp for 6 more years of efficient service.

Efficiency Medals were to award to part-time warrant officers, non-commissioned officers and men after twelve years of efficient service on the active list of the Militia or the Territorial Army of the United Kingdom, or of the other Auxiliary Military Forces throughout the British Empire, including the Canadian militia. One clasp was awarded for an additional 6 years of efficient service, in the case of this medal, the "Canada" clasp.

In the British Commonwealth, the Efficiency Medal was gradually superseded by local medals in some member countries, in Canada by the Canadian Forces Decoration in 1951, in the Union of South Africa by the John Chard Medal in 1952 and in Australia by the Reserve Force Medal in 1982. In the United Kingdom the medal was superseded by the Volunteer Reserves Service Medal in 1999.

New Zealand still awards the Efficiency Medal today, and is one of few countries to still do so.