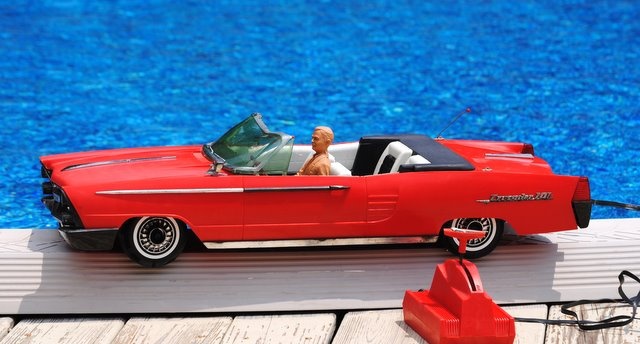 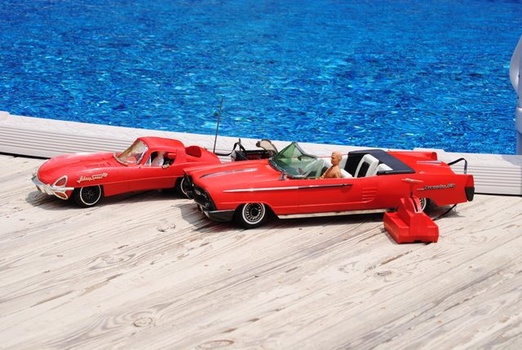 These are my two favorite garage sale finds. A 1964 Crusader 101 made by Deluxe Reading, and a 1966 Johnny Speed Jaguar also made by Deluxe Reading. At a length of almost three feet long, the Crusader 101 was easily among the largest and most detailed toy cars on the market and was intended to be sold at grocery and discount stores. The trunk had storage space for a spare tire, jack, and lug wrench which could actually be used to change a wheel. Twin radio aerials on either rear fender could be raised and lowered by hand. Not only were the sun visors adjustable, the turn signal lever, steering wheel, and gear selector could be moved as well. And of course no car was complete without a driver. The male driver figure included with the car struck a relaxed pose at the wheel and was just as detailed as the car itself. A remote control shaped like an automatic transmission selector allowed the car to be "driven" as per the promise on the box "you drive it, you park it". The Crusader 101 is one of the most collectible toy cars of the post war era. Originally priced at around $13, prime mint-with-box examples can easily fetch upwards of $300 today. Interestingly, the Crusader 101 sheer size has always made it particularly desirable to Barbie collectors since it is well proportioned to the fashion doll and will seat four of them. As such the Crusader 101 was the subject of the cover story of the December, 2002 edition of Barbie Bazaar magazine. 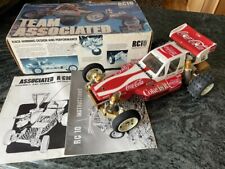 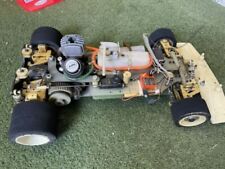 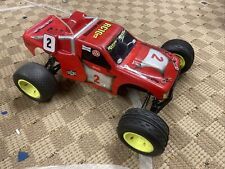