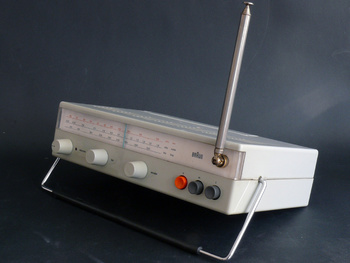 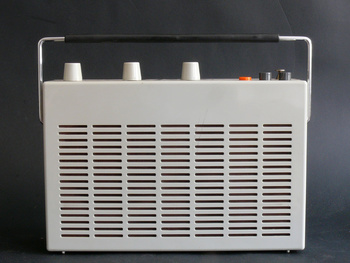 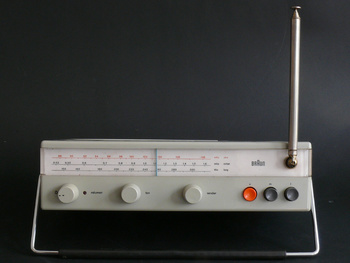 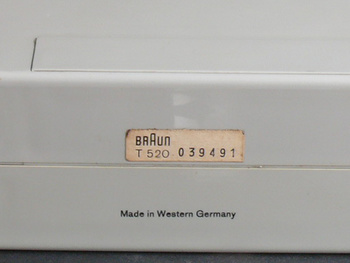 from 1954 until 1997 dieter rams worked as a product designer for braun and established timeless industrial design items which are collectable nowadays.
the radio t520 is a rams design from 1961, conceptualized to be used as a car radio as well. it can be linked to the car battery too...
it has been produced in dark grey body with dark knobs, in green grey and in this light grey version which i think is the best version.... might just because i own this.
these radios has been quite expensive and has been sold for 229dm from 1962 to 1964. they are hard to find and this one is still in good working order