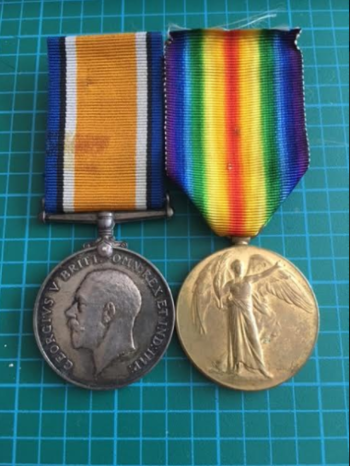 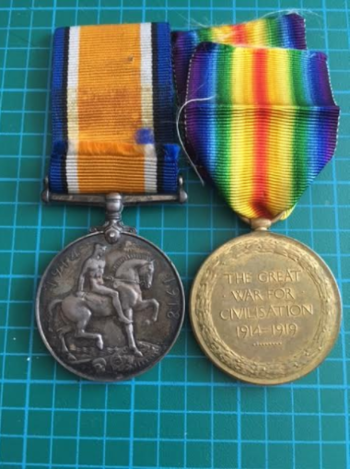 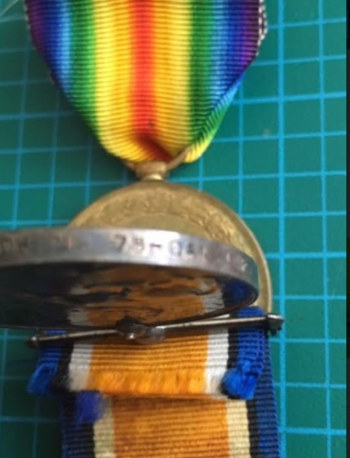 I have little information on the recipient:

Private V.G Bodkin was born in Ireland. He enlisted on the 28th of December, 1915. He was wounded around a year later, sometime in December 1916. He was deemed medically unfit for war service, April 17th, 1918.

It would appear he was probably seriously wounded, though I have not confirmed what his injuries were, the seller claimed he received a gun shot wound to the forehead. Private Bodkin made a huge sacrifice for his country and Empire.

The British War Medal ribbon is an original period replacement that I put onto it, however the Victory Medal still has its original ribbon. Overall nice WWI Medal pair to the 78th Battalion, Canadian Expeditionary Force (Winnipeg Grenadiers). This is my first medal pair to the 78th.

The 78th Battalion (Winnipeg Grenadiers), CEF was an infantry battalion of the Canadian Expeditionary Force during the Great War. The 78th Battalion was authorized on 10 July 1915 and embarked for Great Britain on 20 May 1916. It disembarked in France on 13 August 1916, where it fought as part of the 12th Brigade, 4th Canadian Division in France and Flanders until the armistice. The battalion was disbanded on 15 September 1920.