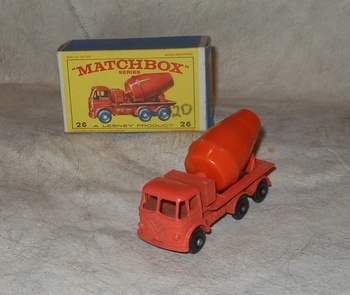 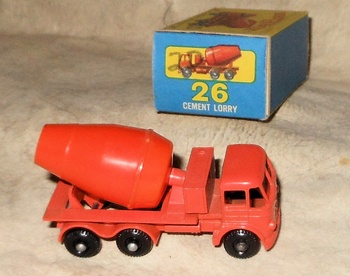 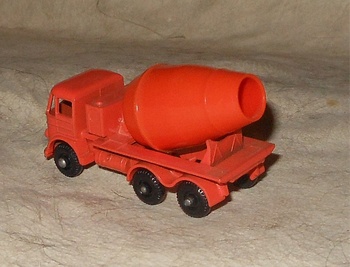 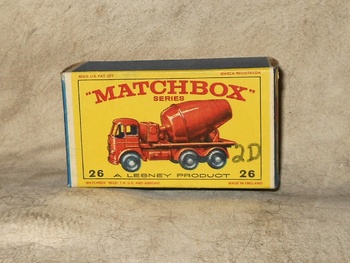 The Foden Cement Mixer was released in 1961 and was sold through 1967. In 1968 it was replaced by the GMC Tipper Truck. The Foden was the second #26 the first being the ERF Cement Mixer. Back in the early days of Matchbox a model would be replaced with a like model ie a fire truck with another fire truck.
The box here is an E Style box that was sold from 1964-1967 so that makes it fairly easy to put this model in that period from 1964-1967. Noting it has Cement Lorry on the end flaps. Apparently they didn't Americanize this one,
The mixer rotates on this but it requires finger power and imagination.