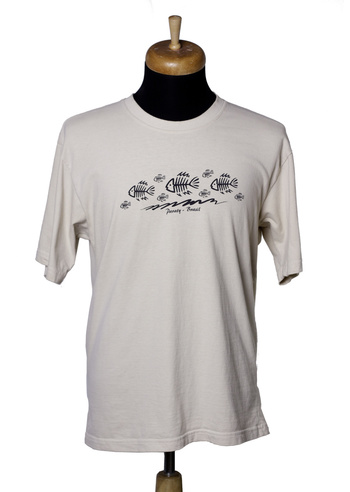 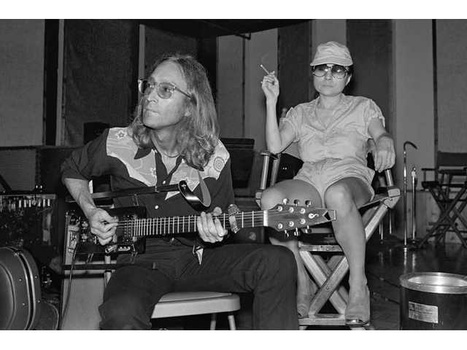 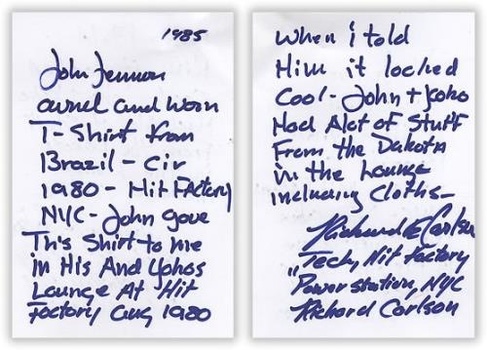 This Brazilian t-shirt belonged to John Lennon. It was given to studio tech Richard Carlson at the Hit Factory Recording Studio in August 1980 during sessions for Lennon's album,"Double Fantasy". He told Lennon he liked the shirt,..told him it looked"Cool"...so John gave it to him!!! Carlson worked at the Hit Factory and the "Power Station" recording studio in NYC.