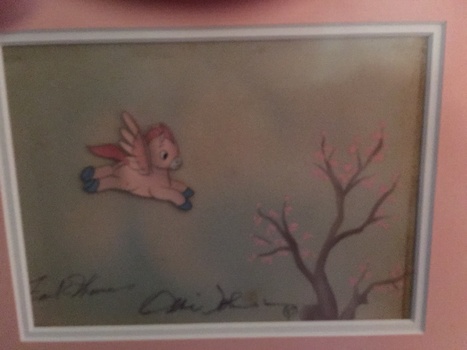 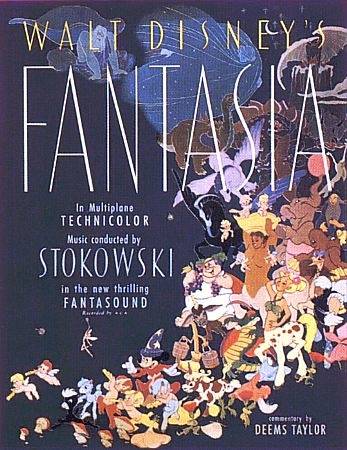 This is an original Courvoisier Cel of the "Pink Pegasus" from the sequence
"The Pastoral Symphony" in Walt Disney film classic "Fantasia". The Courvoisier Galleries were fine art dealers in San Francisco in 1937. They convinced Walt Disney to market the art used to make his animated films. Courvoisier artists prepared special backgrounds to which the animation cels were applied. Courvoiser Disney animation cels are considered a masterpiece of 20th century art and motion picture technology. These are very desirable to Disney collectors. This is an actual cel from the movie.