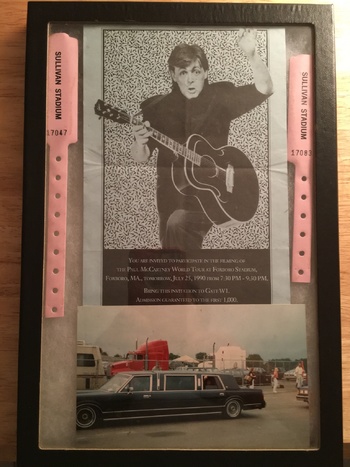 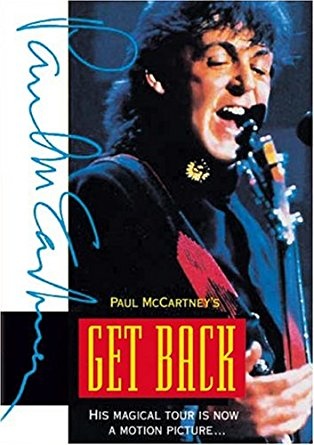 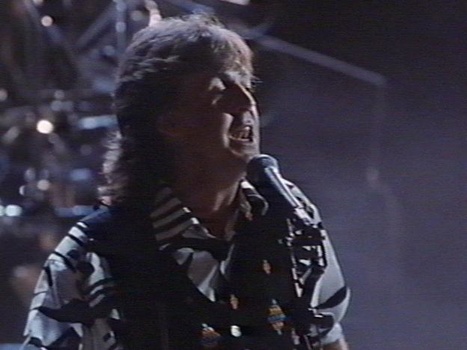 These are wristbands and a flyer for Paul McCartney at Sullivan Stadium
on July 25, 1990 in Foxboro Mass. I took my 2 sons...(who are all grown up...and made us grandparents)...to Sullivan Stadium on July 24, 1990 to see McCartney in concert. A person was handing out flyers before the show saying if you bring this to the stadium the next day, you will be an "extra" in McCartney's tour film. Paul had an off day on the tour. He was filming "close ups" for the movie.We returned at 7 am the next morning with the flyer....the 3 of us got our wristbands...and then waited until 7 pm to be let in!! There were only about 500 or so lucky enough to be a part of this memorable night. The band was on stage...the crew was setting up...and then...there he was!! The crowd went nuts!!! We ended up in the front row.We had a chance to talk to Paul & Linda briefly between shots.....and we ended up in the film!!! You can see us in the segment for the song,"This One". The photo at the top right is Paul at the filming on July 25, 1990. Great night!!!