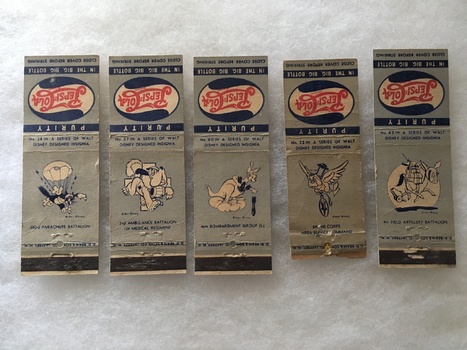 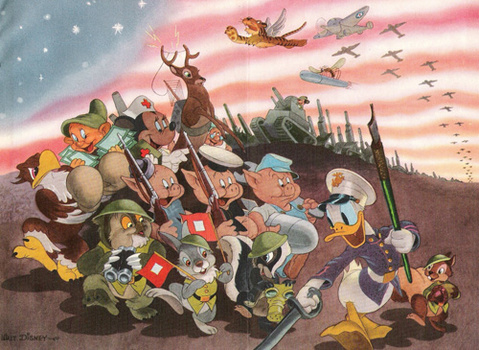 During WWII the Disney Studios were taken over by the military as part of the war effort. They created training films and propaganda films for the armed forces. The studio was asked to create humorous logos for the Naval Reserve. When other military units heard of the designs, the Disney studios were flooded with requests to draw emblems for them as well. Disney had five artists full-time assigned to the task. The designs were on everything from planes, ships, tanks, jackets, etc. They were even on these Pepsi matchbook covers for the people on the homefront.