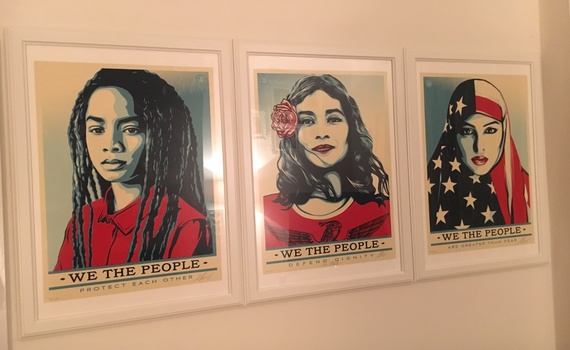 Aaron Huey and Shepard fairey teamed up for a series called WE THE PEOPLE; an effort meant to champion an appreciation for ethnic, cultural, and religious diversity because, hey- the people aren’t one people, the people are ALL people. This series of 3 new graphics were commissioned by Aaron and the Amplifier Foundation for a Kickstarter campaign.