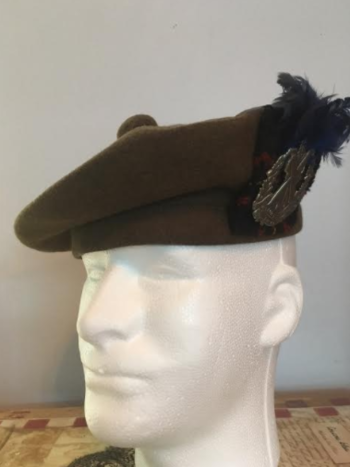 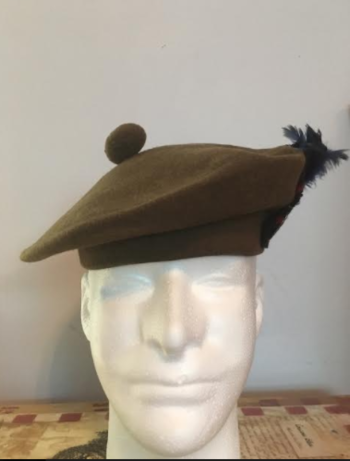 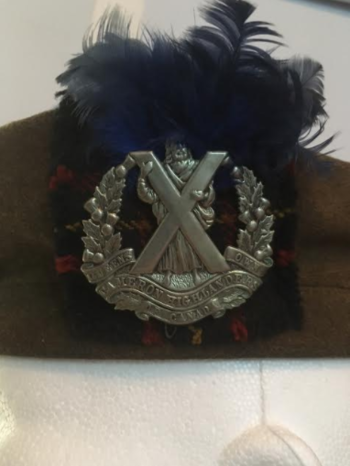 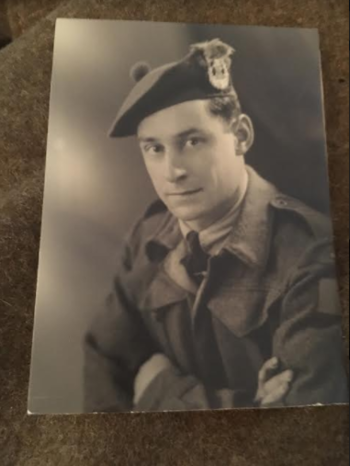 A nice original black and white original photograph also accompanied this cap. The photograph is of a soldier in the Cameron Highlanders of Canada in battle dress, and wearing that very Tam O'Shanter in this post. Unfortunately neither the cap nor the photograph are named so I do not know who the soldier was, but it's not common to get a picture of a soldier wearing a cap that you also own.

Both the cap and the photograph are in great shape given their age. Overall a great Tam O'Shanter to the famous Cameron Highlanders of Canada, based in Winnipeg, Manitoba.