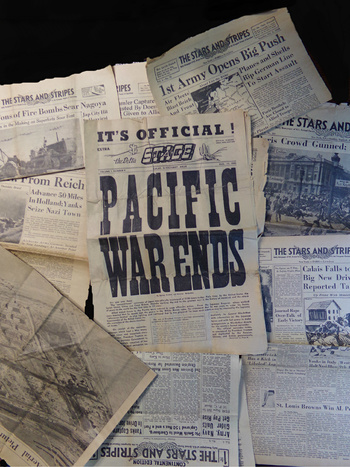 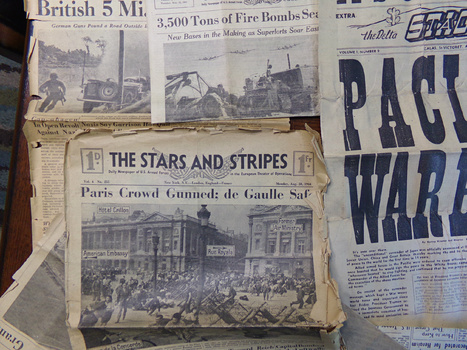 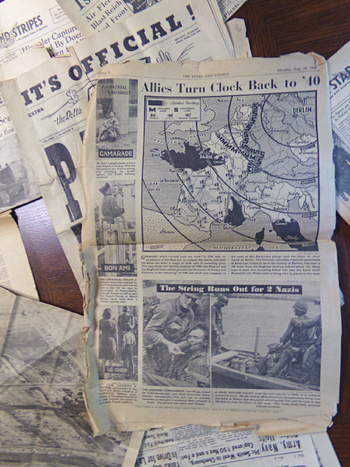 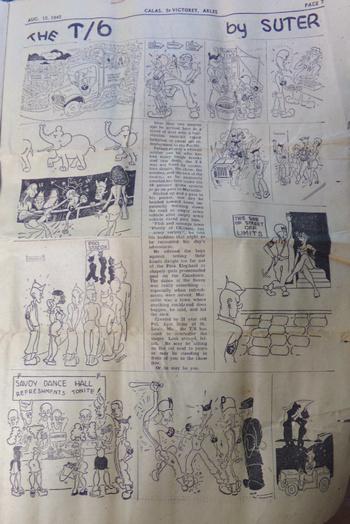 Mostly, The Stars and Stripes daily papers. Also a few others, like The Delta Stage-- with the huge title, Pacific War Ends. All but one are late war. One is December of 1940. These were circulated in France, England, and a couple on the American continent. They were geared toward service-men.

$2 for a small stack of them at the thrift store today. Pictorial. Information-filled. I'll likely frame the centre one.

Excerpt:
"....Happy people thronged the streets and motor passage was impossible. Waste paper baskets were thrown from office buildings and in a short time the noise reached such a terrific pitch that people had to stuff cotton in their ears.
"The hilarity in Times Square billowed over into a paradise-like occasion for soldiers and sailors. They danced through the streets, kissing every pretty girl they saw."
.....
"Every ship at Pearl Harbor was illuminated like a Christmas tree for the first time since the Japanese struck on Dec. 7, 1941 and thousands of yelling, screaming service men began a wild celebration. "
August 15, 1945.

Lots of focus on the Nazis and Japanese. An interesting mini-article was on Goering and just how much of an art-thief he was.