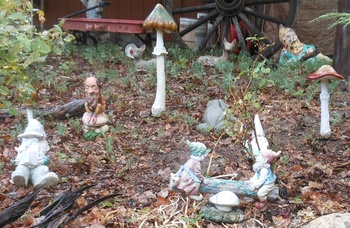 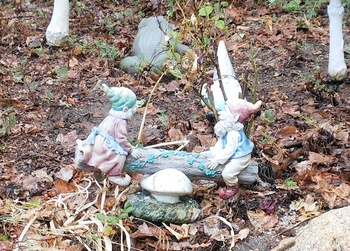 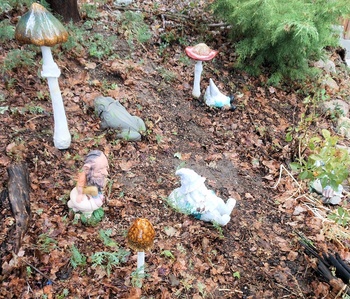 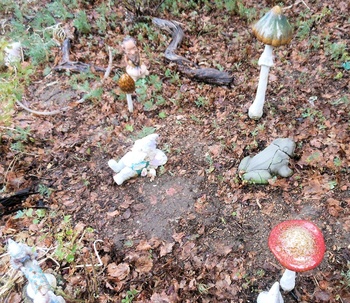 Having done a bit of yard cleanup I thought it would be a good time to feature some of my gnomes and other garden creatures. For the first time in 11 years I raked up the leaves in this area. The gnomes were getting buried and the mess was spreading to my walkway. Plus it is a bit of fire danger. Left a few leaves to guard against erosion damage.
The previous owner had removed everything including the topsoil. When it rained there would be minor mudslides. I will do some before and after photos later.
The gnomes here are all either sitting on or leaning on toadstools. Although one pair is using one as a teeter-totter.
Rearranging things is fun plus it makes everything look like something new.