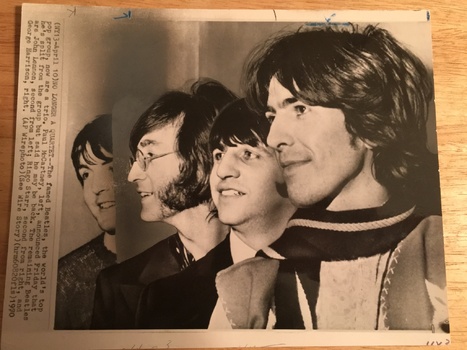 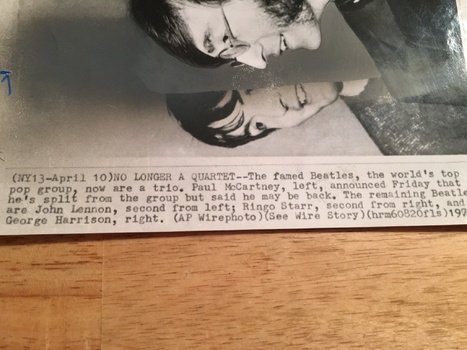 The is an original Associated Press wire photo dated April 10, 1970 telling the world that The Beatles have broken up. The band had been having problems dating back to the making of the "White Album" in 1968.
During the Summer of 1969,The Beatles recorded "Abbey Road". On September 20, 1969 at a business meeting in London,John Lennon told the others that he was leaving The Beatles. They had just signed a HUGE royalty increase with Capitol Records. Lennon was asked to keep quiet for business reasons. During the end of 1969 into early 1970 McCartney was recording a solo album entitled,"McCartney". The album was released in April 1970. In a press release on April 9, Paul told the world that the band was basically finished.