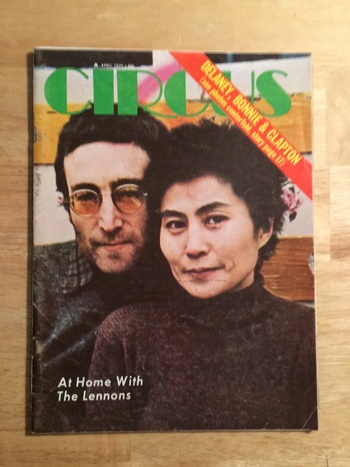 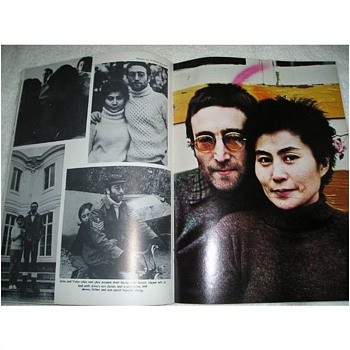 This is a copy of Circus Magazine,dated April 1970. It has John & Yoko on the cover in a story entitled,"At Home With The Lennon's". It goes into details concerning Lennon's efforts with Yoko,and his"Erotic' Lithographs
that were on display at a gallery in London. The Beatles also officially broke up in April 1970 around the time the magazine hit the news stands.