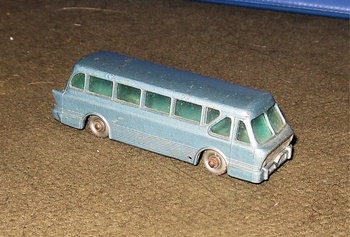 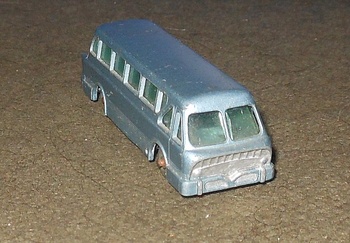 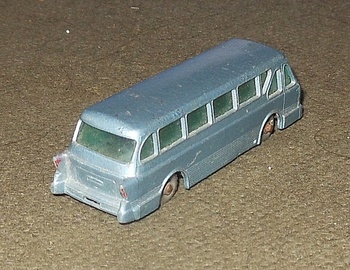 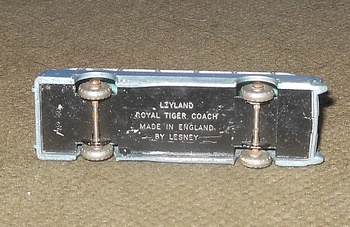 Resuming Matchbox Wheel School. Today's lesson is Silver Plastic Wheels aka SPW. Modelling the Silver Plastic Wheels is the Leyland Royal Tiger Coach Matchbox #40B.
The Leyland Royal Tiger Coach was released in 1961 and was in the catalog as #40. It replaced the Bedford 7 Ton Tipper in the line which was the first #40. In 1967 it was replaced by a hay wagon which is a bit embarrassing but the wagon looked great with the #39 Ford Tractor.
Back to the coach which I believe is a small bus it is a great looking model. Check out the tail fins in photo 3 and the fine grill in Photo 2. No moving parts or interior for this model, those were mandatory a few years later.
Back to wheel school the Silver Plastic Wheels were used from 1959-1962. These are knobby wheels but all silver wheels are knobby so not an important designation. As the model was released in 1961 and the wheels lasted until 1962 that places this one at 1961-1962.