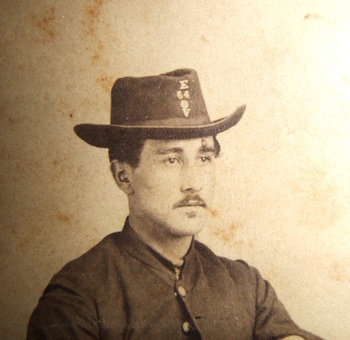 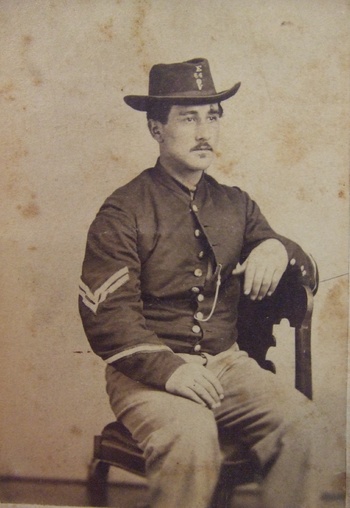 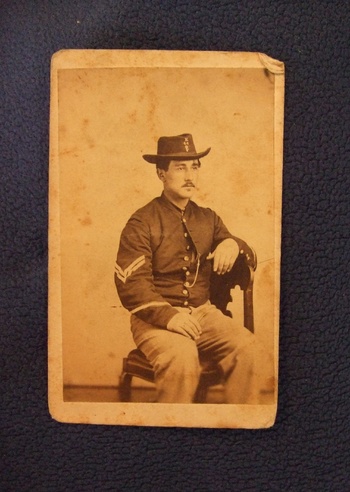 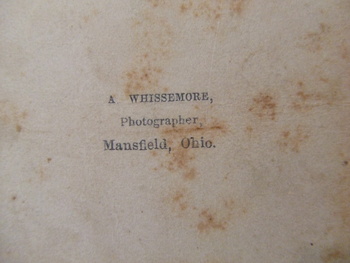 Identification of a Civil War image adds interest and value. This particular soldier carte de visite (cdv) is not known by name, but his Regiment can be determined.

The Corporal took the time to place numerals and letters on his hat, which when deciphered give us a lot of information. From top to bottom on the hat-- "E" for E Co.; "64" for the 64th Regiment; "OV" for Ohio Volunteers. The backmark of Mansfield, Ohio confirms the "OV" interpretation.

We can also identify a time period of the image. The corporal wears veteran stripes on each sleeve, so the image post- dates his first enlistment. Most members of the Regiment reached the end of their 3 year enlistment and veteran status in very late 1864/ early 1865.

A search of the roster of E Co. shows about 10 possible identifications for the Corporal. Over time, I hope to pin it down!

The 64th Ohio was a hard fought regiment participating in the Battles of Stones River, Chickamauga, and many of the smaller Battles into Atlanta. Later it went back to TN and fought at Spring Hill, Franklin and Nashville at the end of 1864. During the Civil War, the Regiment lost 274 men (a little more than half due to disease).