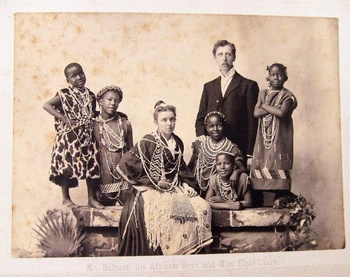 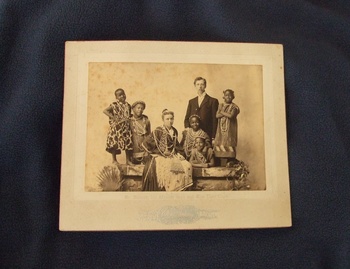 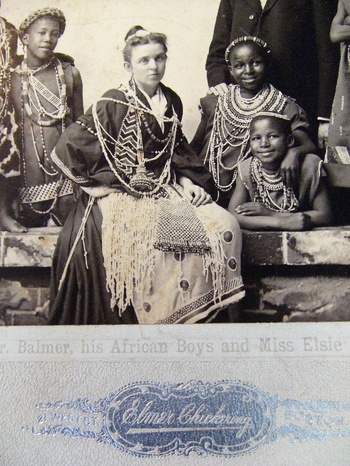 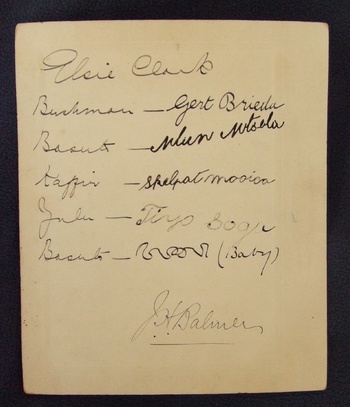 This is a 1904 image depicting Mr Balmer and his African Boys Choir.

The choir toured throughout the world in the early 20th century (1900s).

This choir was a second iteration. In the 1890s Palmer toured with a larger, adult South African choir in both the UK and the US, eventually leaving the the members in the US in the care of African American churches (according to an online source).

This particular image is an oversized cabinet card by Elmer Chickering of Boston. I have seen other examples of this image, but this is the first that I have seen with autographs on the back.

Additionally, the African boys have been identified by their tribe.