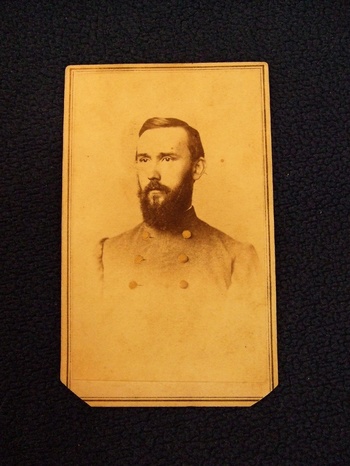 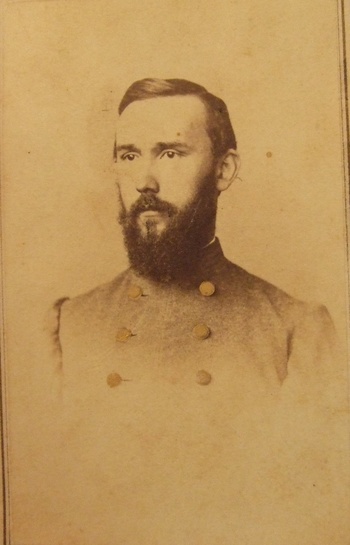 The image was taken early in the Civil War by Charlottesville, VA photographer Merritt.

Foster has a significant war history. He served in Turner Ashby's 7th VA Cavalry. Later Foster served as a personal guide for General Lee. While on furlough from the 7th VA, Foster joined up and participated in several fights with Mosby's men.

Later he was personally selected to serve as the Commander of Co. A of the 43rd VA by Mosby himself.

Foster's time in the 43rd was limited as he was captured soon after commissioning and spent much of the War in Union Prison Camps.

Foster did survive the war and lived into the 20th century.