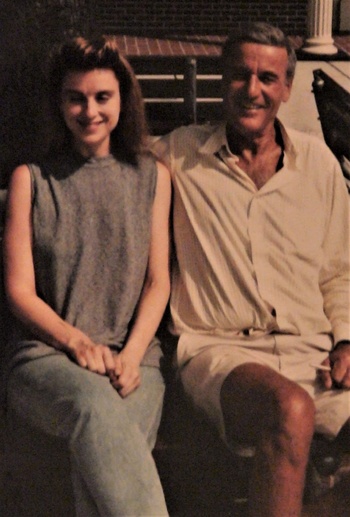 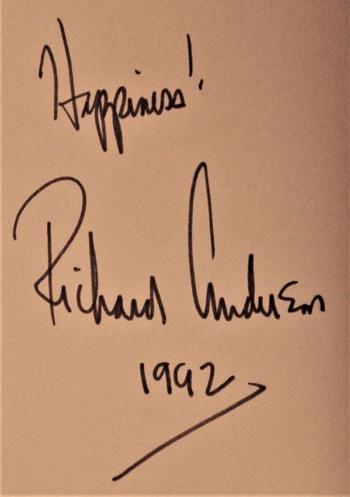 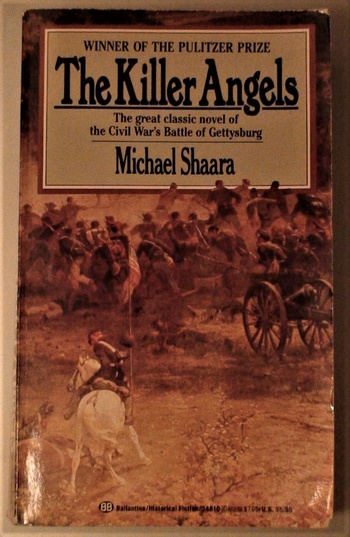 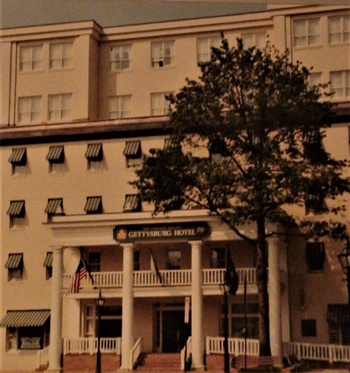 Sad to hear of the recent passing of Richard Anderson.

Richard Anderson, an actor who played Lee Major's boss on "The Six Million Dollar Man" and starred in many other roles. I was staying at the Gettysburg Hotel in 1992 when they were filming the movie "Gettysburg." I happened to spot Mr. Anderson (who was playing the role of General Meade in the movie) sitting outside in front of the Gettysburg Hotel (where he was also staying). I struck up a small conversation and then asked him to sign my copy of "The Killer Angels." This is the book that the movie "Gettysburg" was based upon.
I took the photo of a family member with Mr. Anderson and recently found it in an album. I had posted the autograph in a previous post.

Richard Anderson, the tall, handsome actor best known for costarring simultaneously in the popular 1970s television shows "The Six Million Dollar Man" and "The Bionic Woman," has died at age 91.

"The Six Million Dollar Man" brought a new wave of supernatural heroes to television. Based on the novel "Cyborg" by Martin Caidin, it starred Lee Majors as U.S. astronaut Steve Austin, who is severely injured in a crash. The government saves his life by rebuilding his body with atom-powered artificial limbs and other parts, giving him superhuman strength, speed and other powers.