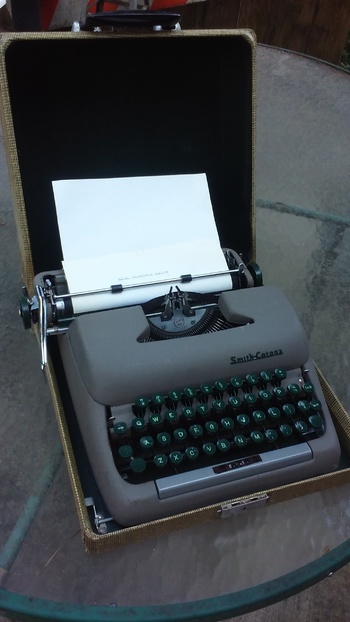 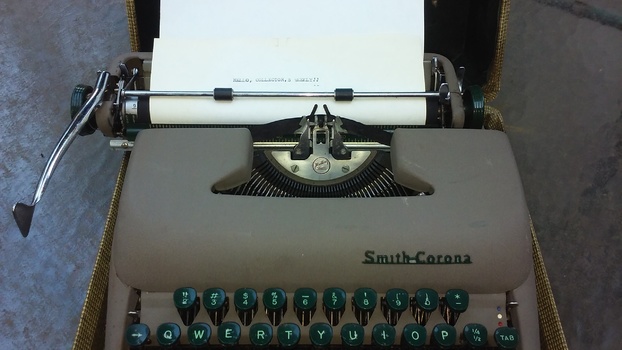 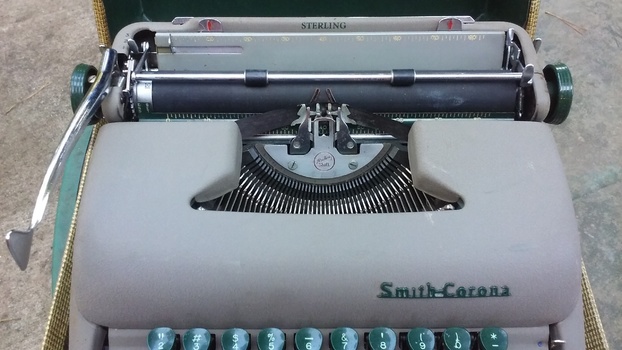 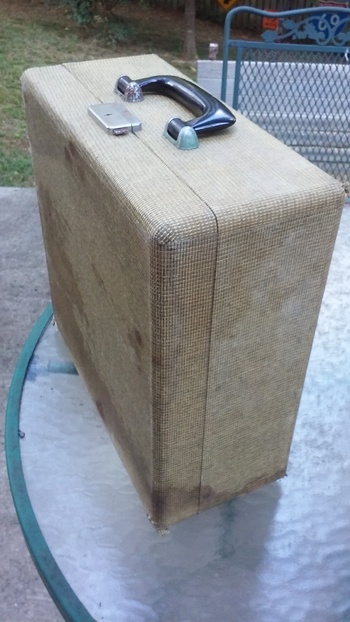 This is an old SMITH-CORONA, INC. "STERLING" model portable manual typewriter with its own sturdy carrying case. First belonged to Dad (I think, maybe it was Mom's?) in the 1960's or earlier, I in turn used it in my own high school/college years in the 1980's as likely also did my younger sisters in their school years after that. Though its case (which includes hardware allowing the lid to be unclipped and removed, as well as to allow the machine itself to be unclipped and removed from it entirely) is a little worse for wear now (water stains, etc) the machine itself still seems to work just fine?! (well, at least for those of us old enough to remember when *this* was the standard form of a "qwerty keyboard", instead of the now ubiquitous "computer version" of same...?) <lol>

As a totally accidental aside, (from my college years again, that is...) I do remember that its case *also* happens to be just big enough to comfortably hold a couple 6-packs of beer, for unquestioned transport into a dorm building quite against the normal "rules"...? <wink><grin><LOL> 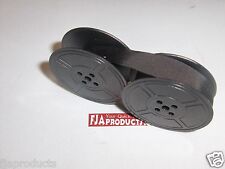 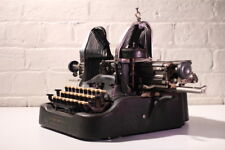 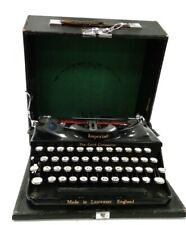 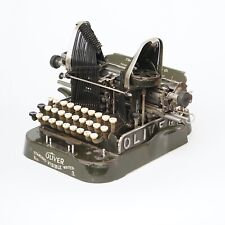