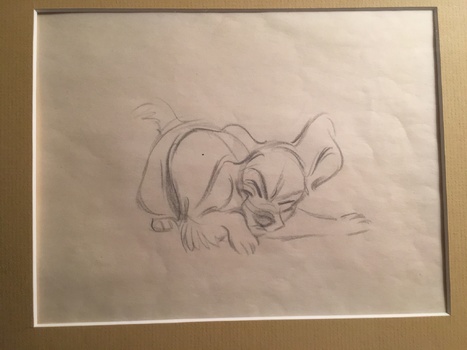 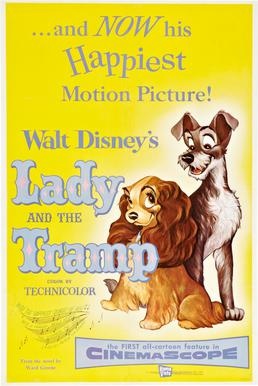 This is an original animation drawing used in the production of Walt Disney's "Lady and The Tram," released June 22, 1955. The story takes place in 1909 and it features a spaniel named "Lady," who lives with an upper middle class family, and a mongrel stray called "The Tramp." When the dogs meet, they embark on romantic adventures. It was ranked #95 out of the "#100 greatest love stories of all time" by the AFI. In this scene, Tramp has his friend a gopher biting off the muzzle around Lady's face.