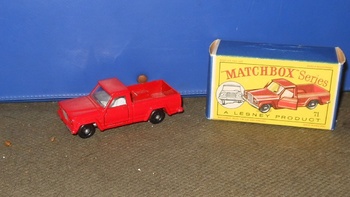 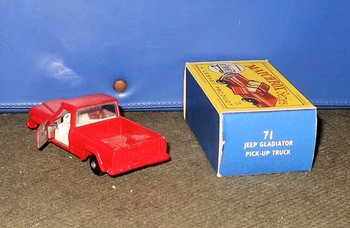 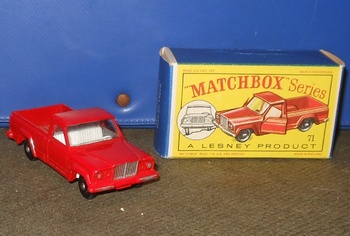 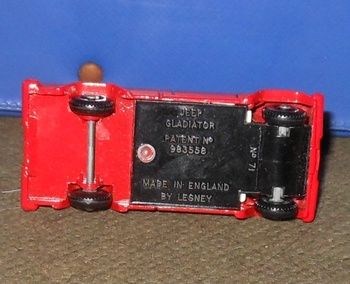 Not much time but it is still Monday here.
The Jeep Gladiator was first released by Matchbox in 1964. It was made through 1967 a four year run. Not a long run and it seems like it was the only real pick-up truck in the line. It was replaced by the Ford Heavy Duty Wrecker (tow truck) in 1968.
This has a D Style box which were made 1962-1964. As the model was first released in 1964 and the box style last used in 1964 easy answer which is 1964.
The box is a bit of a transition from the D to E style. The small round image on the front of the box was only used on the first E boxes and last D boxes.
It shows the working suspension of the model. The last photo shows the base where the bulge under the front axle can be seen. That is where the little plastic piece that makes up the suspension is. The rear axle doesn't have any.
Time to hit post before Tuesday.