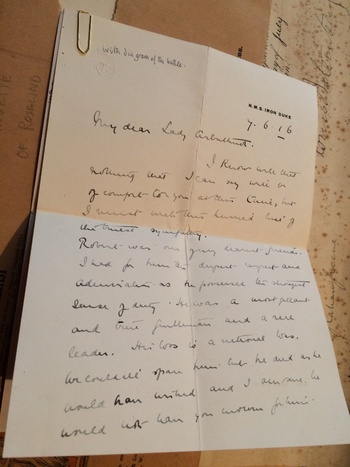 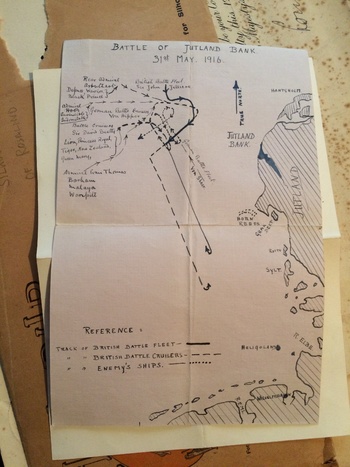 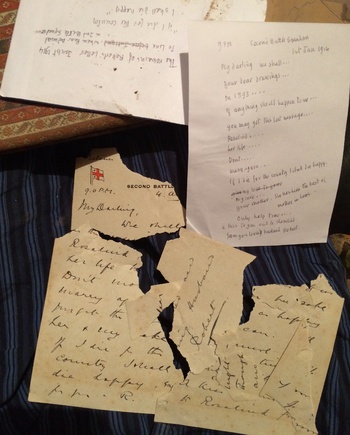 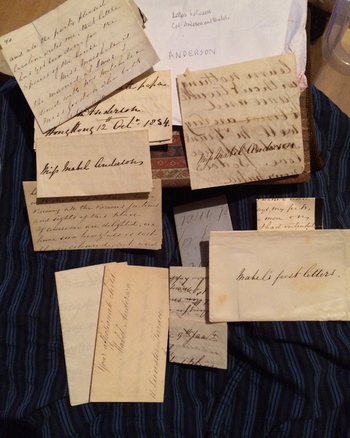 Hi everyone, hope you are all doing well.

I got a great find the other day and have been going though it and finding more n more interesting stuff all belonging to a rear Admiral sir robert arbuthnot and his family.
il start off with these two letters.

The first one is from him to his wife Lina MacLeay
I'm not sure what it say as I can't read the hand writing, the map that comes with it is excellent, it's of the battle of Jutland on 16 of may 1916.
I've seen maps of this war but he's look a little different.

The second letter was his last letter ever send, it has been ripped up, some body has written a copy, hopefully you can read on the photo.

They is a lot of letters from the 1850's all war related.

They is war Diaries, medals, photos, a round hundred letters all war related.

they is a lovely autograph book belonging to Lina MacLeay, which has some great drawings, poems and illustrations
All from the 1850's plus. You can imagine the lifestyle and partying she went to.

There is letters with Conversations with the King which will be interesting to find out what they say.

They is a lovely bone or ivory with silver inlay which belong to the family.

A admittance card from the king and queen for the coronation in 1911.

There is so much of his stuff all been thrown out for rubbish, I'm glad I could find and save it going for ever as I'm sure his letters n diaries will be interesting.