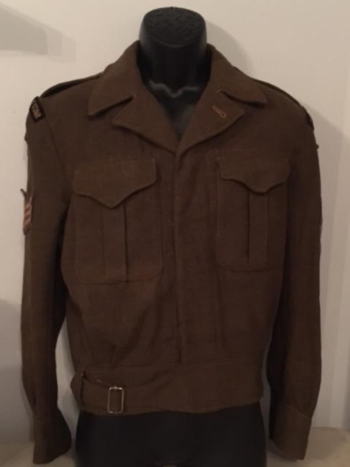 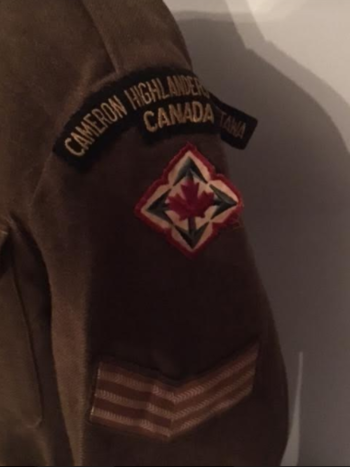 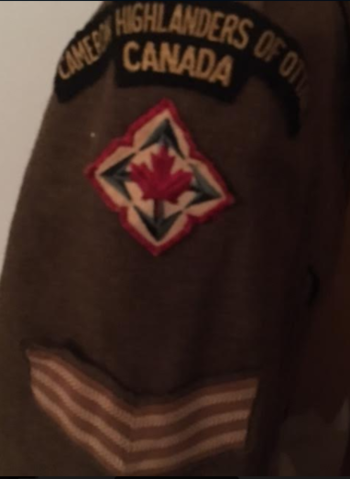 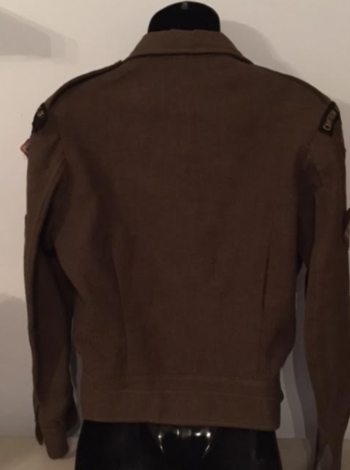 A nice Post-War 1950s Battle Dress to the Cameron Highlanders of Ottawa. The battle dress itself is in overall good shape, however to both arms there is some wear. To both sides, the Cameron Highlanders of Ottawa (Canada) shoulder titles are both coming loose. The Sergeant rank stripes are also a little loose but a bit more secure. One of the Canadian Forces patches is coming loose. Despite the insignia coming off, the battle dress is in overall good shape.

Unfortunately the Battle Dress is not named or dated, but I would say circa 1950s, maybe early 60s.

Overall a nice Sergeant's Battle Dress to the Cameron Highlanders of Ottawa.