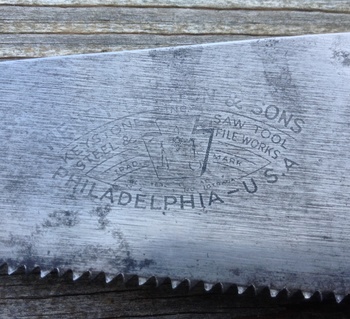 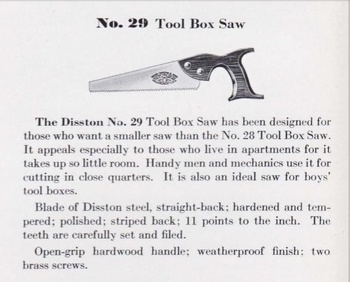 As far as I know this is the smallest hand saw Disston ever made. They did make some smaller specialty saws but this is the smallest hand saw I have ever seen. It is a No. 29 and was made in the 1930's since it wasn't in the 1928 catalog and the saws made in the 1940's and later did not have brass screws. The 1932 catalog said it would also be good for boys to use. It is still sharp and cuts great.