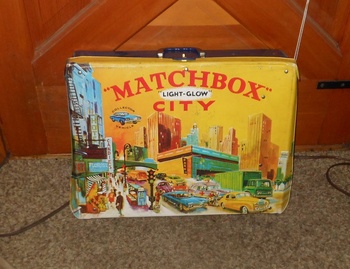 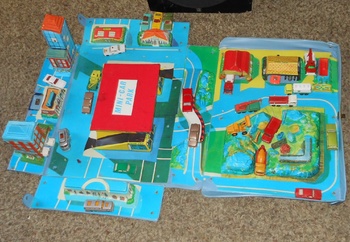 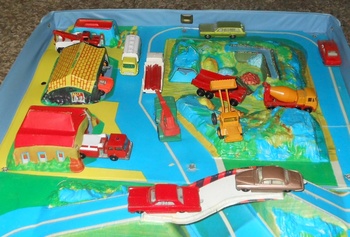 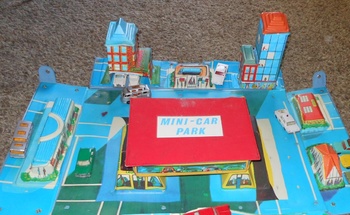 This was made by Ideal for Lesney. Lesney made the Matchbox brand but they did not have the equipment to make a piece like this. Ideal also produced some pieces for GI Joe although Hasbro made GI Joe. This is not a knock off as these were being made for Lesney to sell under their brand name.
Matchbox City started sometime in the later 1960s. It is hard to say as it was never in the Matchbox catalogs. I believe these were sold through the Sears catalog and perhaps some other similar mail order catalogs. Wish book action.
Enough of the confusing manufacturing and selling. This was a miniature city in a handy carrying case. Most of the inside pieces are vacuform plastic. I think they covered all the bases. There is a hospital, office building, police station, garage, construction site and so on.
This is Light-Glow version which means it glows in the dark. Mostly the windows and road stripes. Guestimate is 197s for this.
Later Ideal released this on their own as Mini-City after Matchbox lost interest in the project. 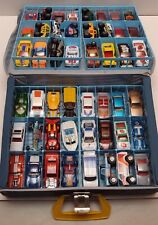 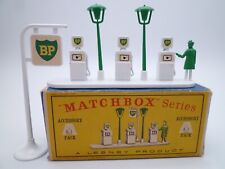 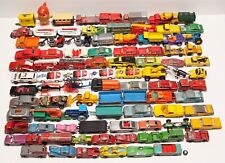 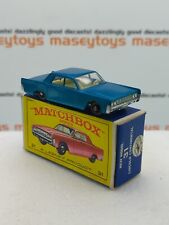