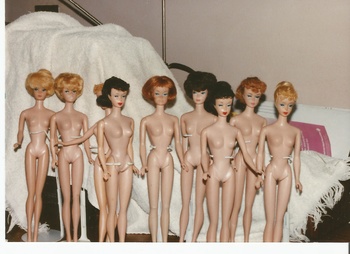 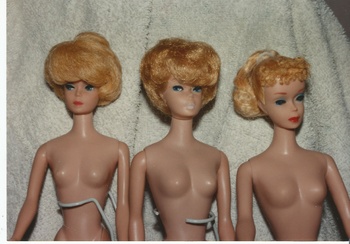 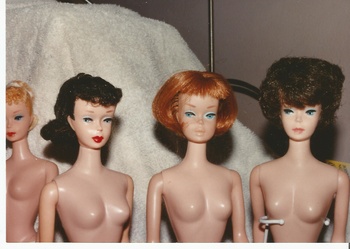 Rose posted her nude Barbies and made me remember mine :-) There are ponytail Barbies. American girl Barbie and Bubble cuts . I took these photo's a few years ago and had them all undressed to pack away . Barbie will be around a long time to come if Mattel steps up in making better quality again . These are all from early 1960's. Not all old Barbies are valued the same and the Ponytail version was done over several years changing her a bit each new version . I have posted my Number 3 on a separate post these Ponytails are likely version 4 or 5 although there appears to be a number 3 in group here also . She had softer bangs than 4 -6 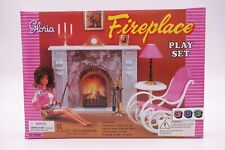 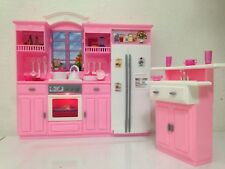