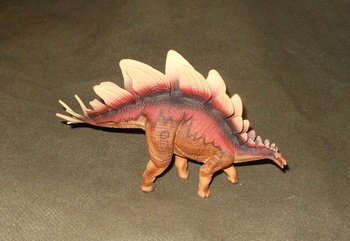 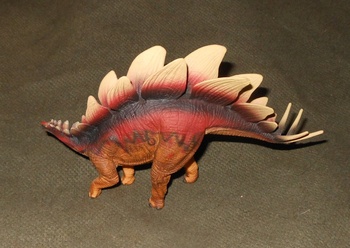 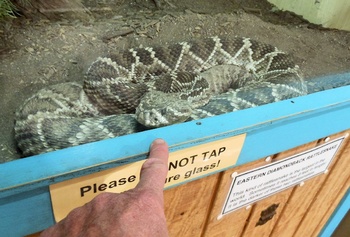 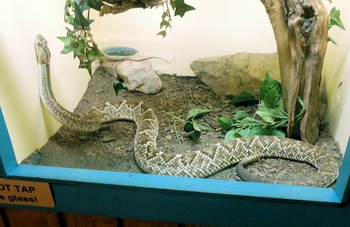 Picked this up as a souvenir at the Rattlesnake Museum in Albuquerque, NM. It was in the Old Town section which is mostly souvenir shops. I had planned to visit the Rattlesanke museum but did not know it was in Old Town. Just saw the Old Town sign and thought that would be interesting. Turned out to almost be a dry hole until I ran into the Rattlesnake Museum which is more like a little zoo.
As to the Stegasaurus it was made Safari Ltd which makes may fine figures like this from dinosaurs to cows. This figure is about 6 1/2" long, the tallest plates along the back of the real thing were about 2 feet tall to give an idea of scale. It has excellent animation which is to say the suggestion of movement. The thagamizor seems to be ready for business It is a bit more upright than the old trail dragger version of Stegosuarus from back when dinosaurs were considered large lizards. Now days they are considered to have been semi-warm blooded and related to birds. The latest theory is they were semi-pedal like bears. The short front legs suggest this was possible.