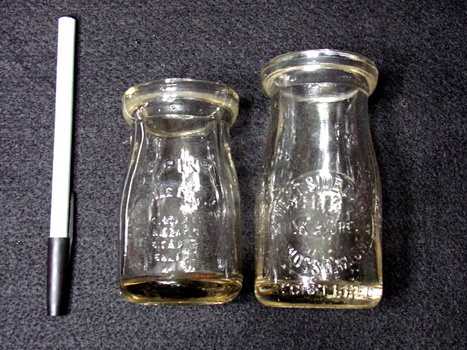 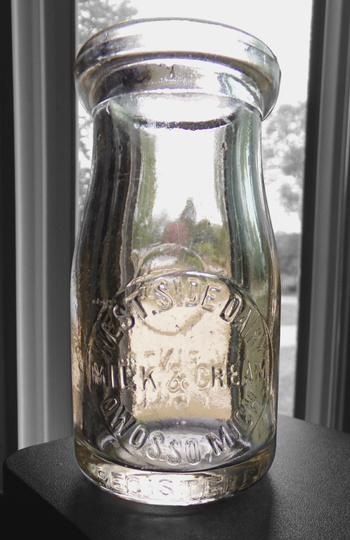 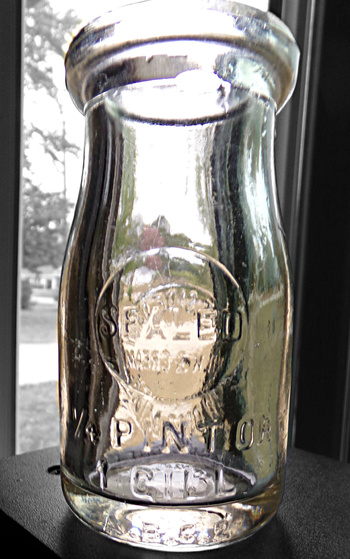 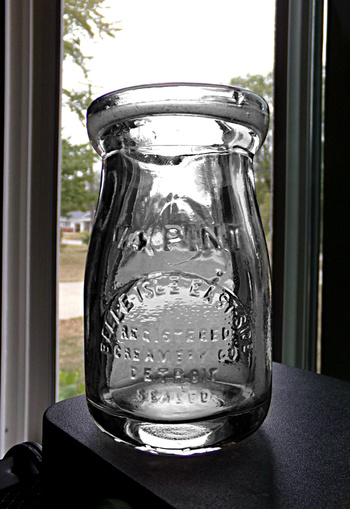 Thrift-store finds. Milk bottles don't usually interest me, but I thought I could turn a small profit on them both, so I picked them up.

The West Side Dairy Milk & Cream from Owosso, Michigan, I could not find a start-date for, but the company would have started between 1916-1922 I believe. They are still around today.

Both bottles likely 1920s. You begin to see 'Sealed' on them in the mid '10s, so it is possible that the Belle Isle one dates prior to 1920, but not by much. I think it was Minnesota that mandated 'sealed' bottles, but it came to pass under the entire continental U.S., from my empirical observations (Contaminated milk, often with tuberculosis, was a major issue that was being heavily addressed at the turn of the 20th century.)