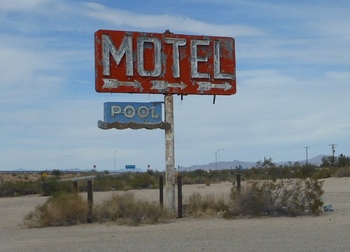 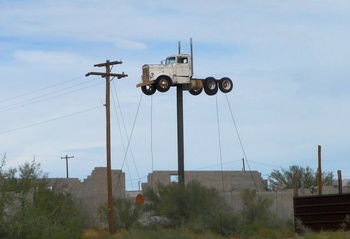 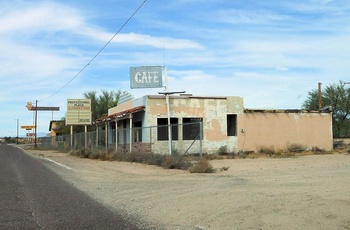 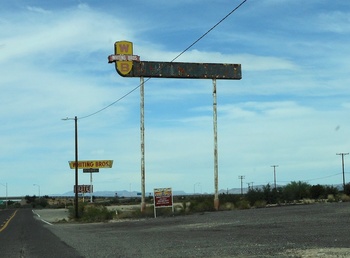 Yucca Arizona started in WWII as a spot for training pilots. If they crashed they wouldn't hit anything. In 1952 Oatman was bypassed and Yucca was now on Route 66. It is a wonder they ever had Route 66 pass through Oatman. It is rather windy, narrow roadway. By rather I mean way worse than you are thinking. I read it was a rough stretch of road and as one who deals daily with this I thought it would be a breeze but it was more like OMG. When I40 was built in the 1970s Yucca became a ghost town. Oddly Oatman is thriving as an old Route 66 attraction. More on Oatman later.
As for the motel there is no motel and no pool. No more truck stop. No more business plaza.
There is new life with a new restaurant just behind the weird golf ball building.