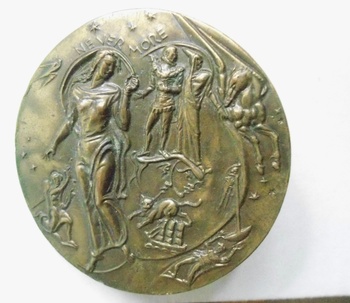 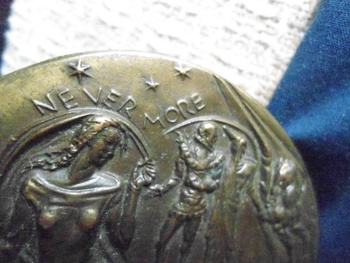 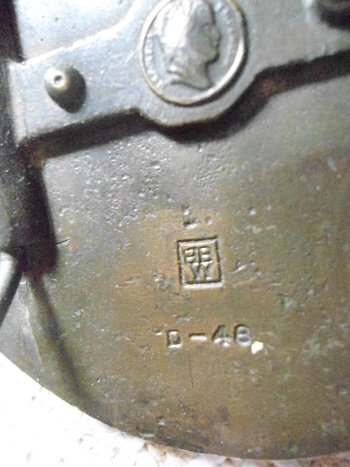 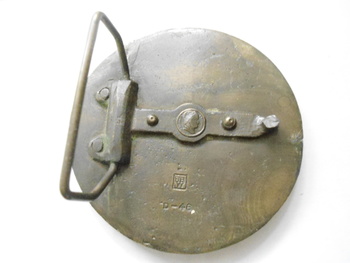 I bought this cool belt buckle in 71 0r 72 I found it very appealing and it was my bell bottom hippie period it is appx 3 inches across. I thought it reminded me of Aquarius my birth and just liked look of it . I wore it until the end of the hook broke :-( Tell today I never really looked at what it as about and I find it is a rather hard to find one and not many were made . It is Edgar Allan Poe and and his designs and words on it .
The back has a seal that reads "Napoleon Emperor" which has nothing to do with front it is symbol the maker Bergamot sometimes used . When one is found it will usually say it is Napoleon on front but not the case according to my research .
Images based on Edgar Allan Poe works, including the Tell-Tale Heart, Murders in the Rue Morgue, The Black Cat, and of course The Raven.

In Poe's famous poem "The Raven," the speaker, who has just lost his true love, Lenore, slowly goes mad from grief. The raven seems to represent a visitor from the world of the dead, and the only phrase it utters, "nevermore," 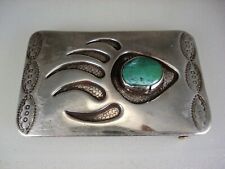 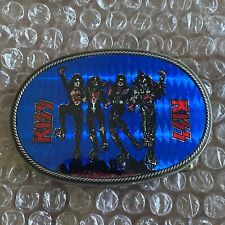 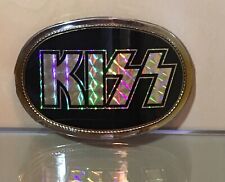