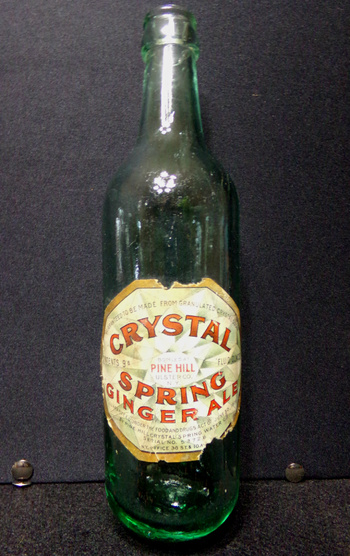 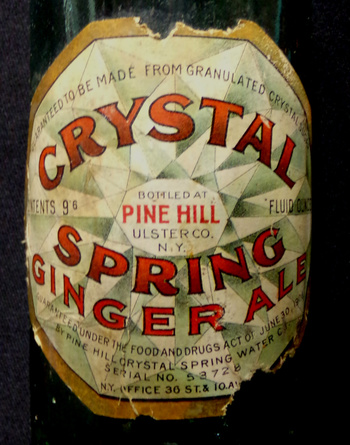 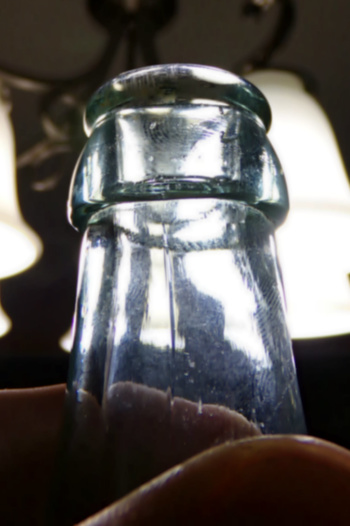 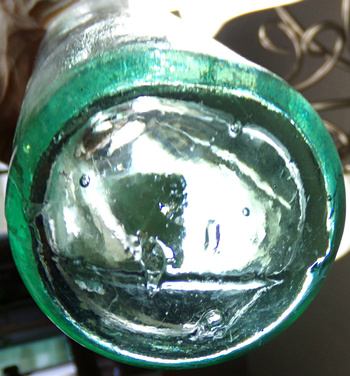 I picked this one up for several reasons:
A very colourful label, round bottom (cannot stand up) and applied (not just tooled) crown top.

Pine Hill Crystal Springs, of Ulster, N.Y., began operations in 1901. In 1919, operations had to expand as 2,000 barrels of ginger ale, sarsaparilla, and root beer were contracted. They're still a popular bottler in the 1940s, though I don't know when or if they left the business, changed names, sold out or what.

The bottle may not be American made, being a very late snap-case (bottom seam clear across, connecting to side seams) with an applied crown, (as crown-tops were rarely formed from an applied blob of glass in America). Usually the bottle was blown as one piece, with the mouth formed from that. But this one is clearly applied (Stuck 'pinky' inside mouth. Felt ledge instead of a smooth transition/applied mouth goes over seam-- instead of seam going over mouth or seam stopping before mouth), which is a reason why I wanted it.

Still.... it's really the graphics that got me! The two-tone font on the patterned background was too good to pass up at the price.

Though there is the FDA date of 1906 is on it, that is less useful in dating the label than the fact that it tells the minimum contents, as around 1910 the amount of contents had to be labeled on the glass or label so as to not deceive the public. I cannot remember exactly what year that law came into effect, but it was around 1910-- give or take two years. Previous to that, the public could not tell if they were getting 6 ounces or 8.