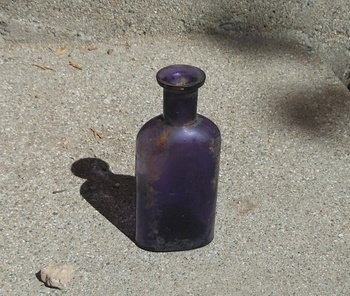 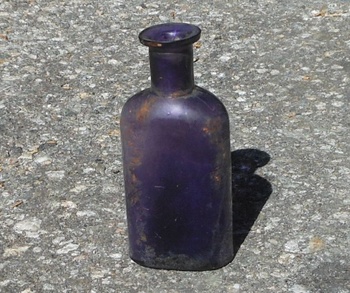 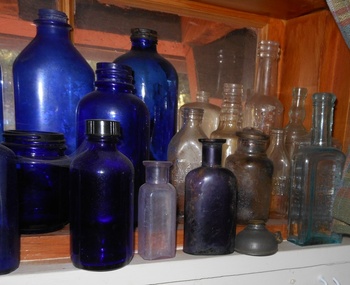 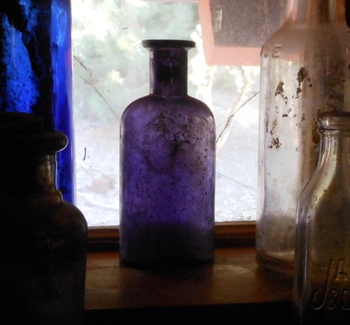 Back before 1915 Manganese was added to glass to make it clear. It stays clear as long as it isn't in sunlight as it turns purple in sunlight.
According to the dealer where I bought the bottle Manganese came from Germany and because of WWI the US stopped importing it. I am not certain this is true but seems likely. Manganese ceases to be used in the early 1900s.
In addition to sunlight the glass can also be irradiated to turn it purple. There is some argument over if this is good or bad. Myself I figure if it is something common like medicine bottles or something that would normally get a lot of sunlight it is not a big deal. For EAPG I would definitely not do that.
I do have two other purple glass pieces I will post soon.