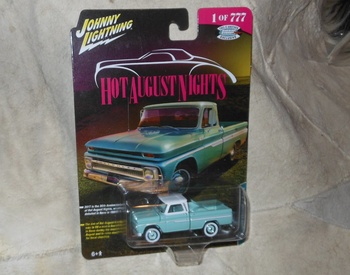 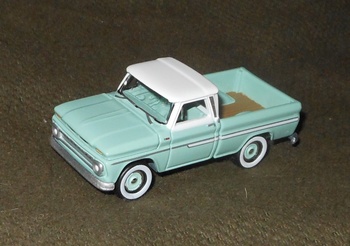 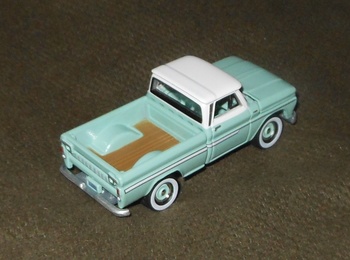 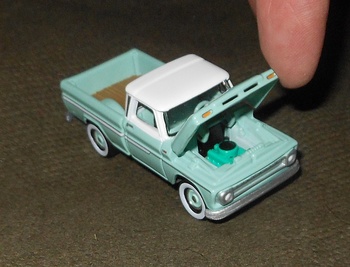 The limited edition thing has been done to death. Thus I removed it from the package.
Anyway Hot August Nights is for the 30th anniversary of the Hot August Nights car show in Reno. Isn't that a Neil Diamond song?
Anyway again I picked this up at the Ontario Route 66 car show. I believe the it is from the Burning Rubber Toy Co truck. The sides and rear open up to reveal peg after peg of great die cast cars. I was told by a guy I think was the owner that the model here was based on lived in orange County and would have the truck there the next weekend. Sadly I could not make that show.
Anyway for a third time this is great model highly detailed. The only bad point is that Mr Pointing Finger had to keep the hood open as it did hold open high enough for a good photo of the engine compartment. But as can be seen it is an excellent engine compartment.
Car show in Murrieta this weekend. Hopefully not too many lowered cars as those are unfortunate.
There will be bacon wrapped hot dogs regardless.