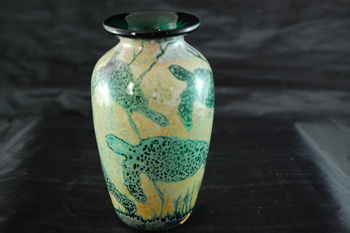 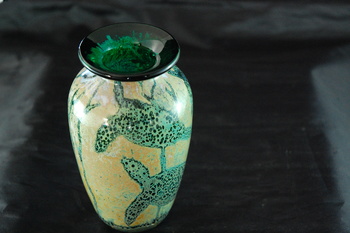 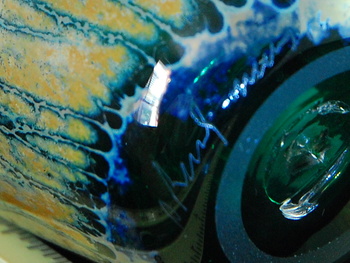 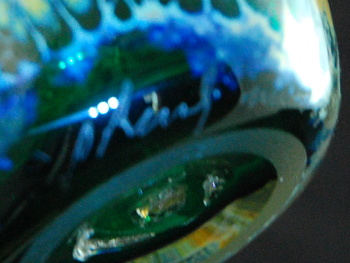 This is a Studio Art Glass vase by Paul Bendzunas , done in green glass with a Sea Turtle's scene; it is dated 2014 and etched signature (difficult to capture ).The vase is about 6" tall , 3 1/2" wide and has a 2 1/2" round flared rim . I found it at a local Goodwill , purchase price of less then $5 ; was in perfect condition too.
Paul Bendzunas began his journey in glass in 1974, at the University of Georgia in Athens. Primarily self-taught, Paul had to figure out not only how to make art with glass, a material that's normally worked around 2000°F, he also had to learn how to construct his own furnaces and tools.
Paul started his first studio and gallery at Happy Valley in Watkinsville, then moving on to a place in downtown Athens. Bendzunas Glass is a working studio and gallery, located in scenic Comer, GA.His Three children ( Elizabeth , George & Paul R. ) also are accomplished glass blowers and work in the studio as well .