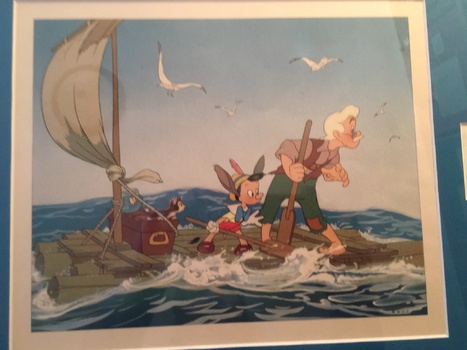 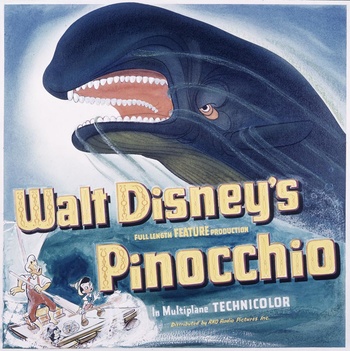 This is an original print produced by the Courvoisier Galleries in San Francisco in 1940. This print is called "Adventure on the High Seas." This scene features Gepetto, Pinocchio, Figaro the cat, and Cleo the goldfish, as they are trying to escape from Monstro the whale. These prints were released to coincide with the premiere of the film on February 7, 1940 in NYC. 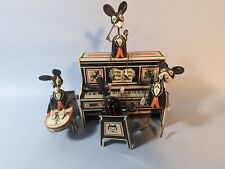 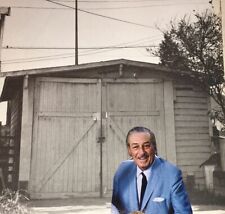 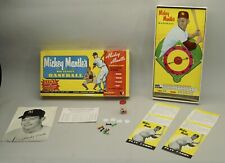