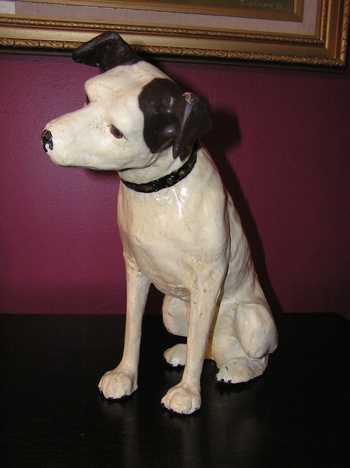 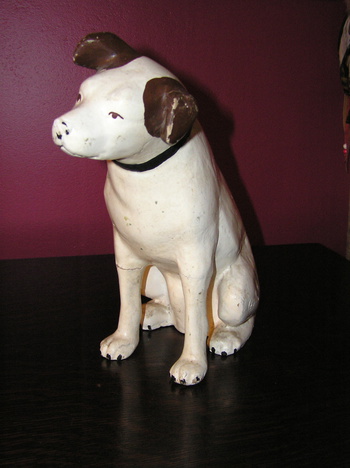 These are our guard dogs : ) They are in fact original papier mache dogs used for the display of G&T gramophones in the shop windows over 100 years ago.