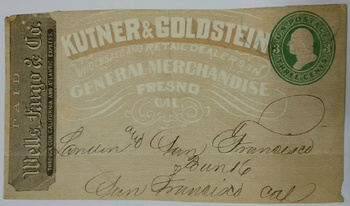 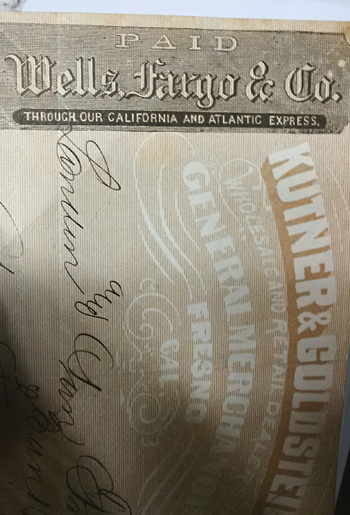 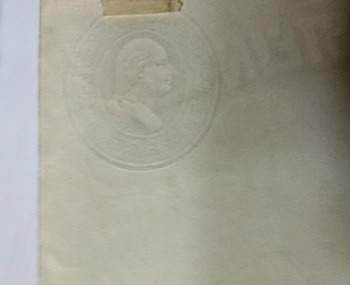 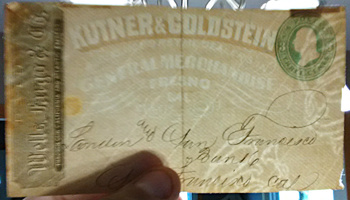 I know it's not technically a Wells, Fargo & Co. postcard (as it advertises the Fresno, Calif. general merchandiser "Kutner & Goldstein"), but it was sent via them "Through our California And Atlantic Express."

I've seen this green 3-cent stamp on versions labeled 1850s, but the black 'PAID' stamp on 1860s-1870s examples whilst trying to figure out when this is from.

Paper has a partial water-mark and real pen and barely visible blue-coloured cancel. Everything works out under the loupe.

It's funny. I had walked into an antique store, found this almost immediately, but ignored the Wells Fargo piece as I was looking at the actual advertisement. Found it in a lot of postcards. Forefront of it all. I picked it up only for an early advertising postcard sent before the 1898 standardisation. I was thinking 1880s, not knowing the stamp! LOL.

So.... can anyone put a date-range on this for under a ten-year period? 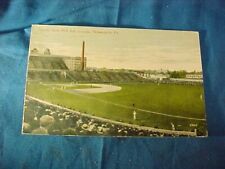