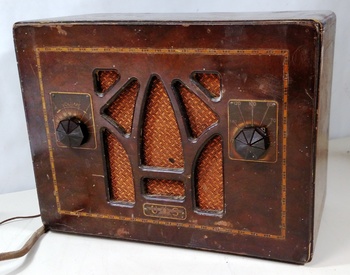 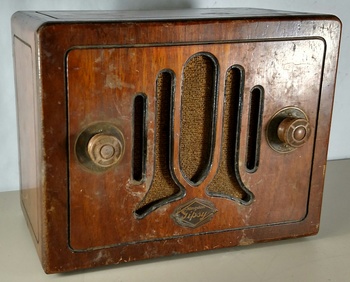 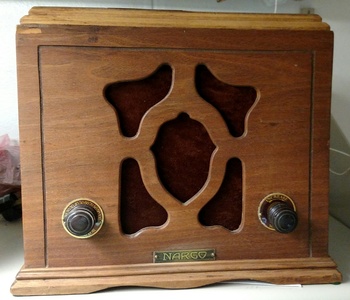 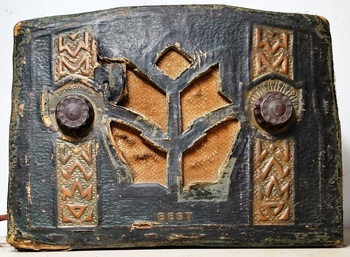 The first in this group is from U. S. Radio (known for the Apex line) and is model 3092. It was made in 1933 and is a "curtain burner" which means it has a resistor in the power cord that gets warm when it's on.
Next is the Kingston Gypsy made in 1934. This set is unusual because it can be powered in a car, boat or house depending on which power cord you use because each has a different end. It also has a plug in the back with different pins going to different circuits.
I had never seen nor heard of the Narco set before. It's the standard design of the era with a 4-tube chassis. This one had been tinkered with before I got it so who knows how it was originally set up. I added the dial rings around the knobs.
Last in this listing is the LeWol LW-4 made in 1933. This one is unique due to the fact the case is made from pressed material covered cardboard. You can see in the photo how humidity has caused some of the material to separate. This one also has short wave! This is the second one I've been able to purchase.