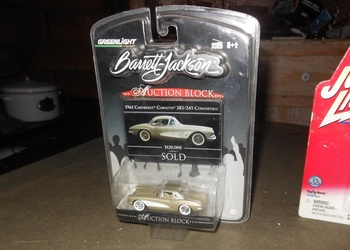 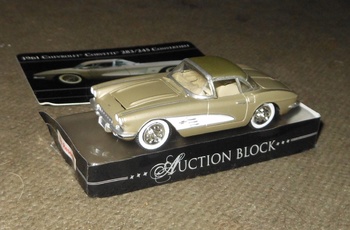 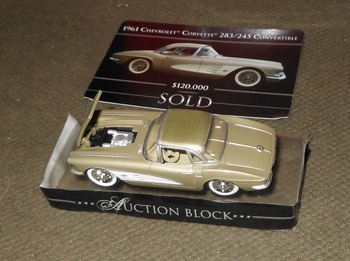 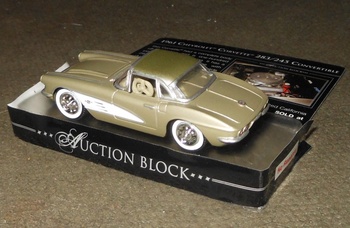 I like to by a diecast car when I go to a car show. This time it was this 1961 Corvette from the Auction Block series. It was made by Greenlight Diecast which is a current company although I think this model has finished its run.
The Auction Block series is based on the auctions of Barrett-Jackson and Mecum Classic car auctions. The original for this one went for $120,000. They may have gotten back as much as they put into it to restore.
This is a 1/64th scale model which is the typical scale for cars based on the Matchbox size. This one is really well detailed and by really well detailed I mean as good I have seen. This is not a $1 Hotwheel car although those are nice too.
Now I think I am in the mood to post some classic car photos from the show where I bought this.