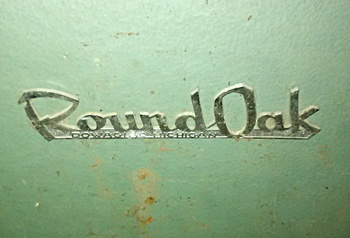 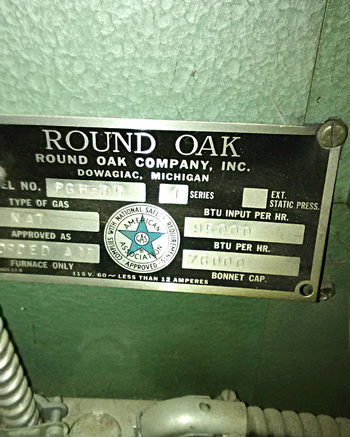 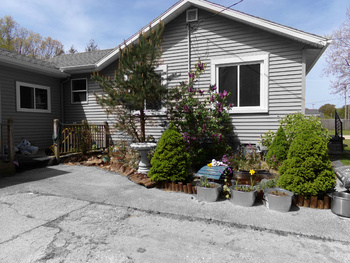 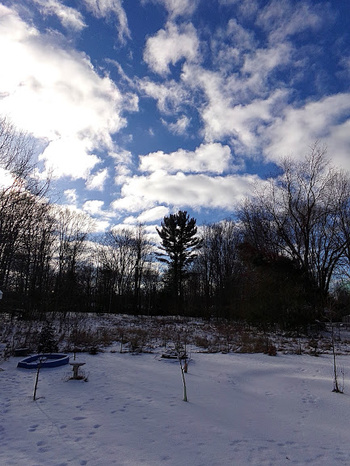 Set between the wall and close by a supporting column of our early-1900s home is a big tealy-coloured hammered-finish box in which burns a perpetual flame.

According to research and as confirmed by the historical society of Dowagiac, the Round Oak Company, manufacturer of stoves and, later, furnaces, indeed stopped producing in 1947, having sold out. Only parts continued with Round Oak as their name-- but the furnaces were no longer made.

Thus, our furnace couldn't be newer than 1947! While this is not terribly amazing, as it really is just a large Bunsen Burner with a blower inside a box, the furnace only has a few modifications and several stickers from companies that have worked on it over the 70 years it's been down there. We can also assume the ducting is 1940s, which doesn't surprise me (I vacuum it weekly, and it never looks clean.)

The house has its original coal-chute door, though the chute is covered by a built-in closet in the dim second room of our basement (door obscured by a bush). The furnace is too hard to get a good picture of, as it's set in a tight spot between a wall and a pillar and next to a shelving unit built in decades ago.

The house was moved to its current location in 1924-1925. Before that it had sat in the field behind us, where you can still tell it once stood. Its history before the move is unknown to us, though two separate branches of the family that had built it (Nichols) have come in the last couple years to see how the house has changed. They told us various things-- interesting tidbits we couldn't otherwise know about the house.

Apparently, on one wall in the basement was once a treasure-map to a still-buried 'treasure' they had buried in the 1970s. The driveway is also 1970s, apparently, as they lived there until then.

We obtained the house about 5 years ago, though we don't know if we're going to stay much longer as the wooded lot next door has been bought and a house built, and they're destroying all the trees and bushes. We had bought the house because we liked it and liked the view even better!

As moral guidance, consider your neighbours. We're quiet people and wanted peace and beauty. But our neighbours have removed approx. 80% of the trees that had been along the lot, so we clearly see their new house. They're continuing to remove more along our driveway, for which we assume they will build a parking pad.

The question is, though, if they wanted cleared land, why did they buy wooded lot??????? One road over is a similar-sized lot for sale, cleared, and empty as the house had burned down in a storm a couple years ago.