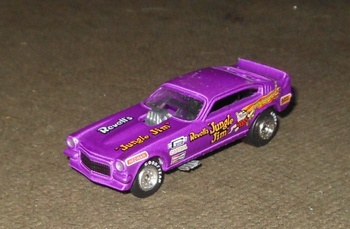 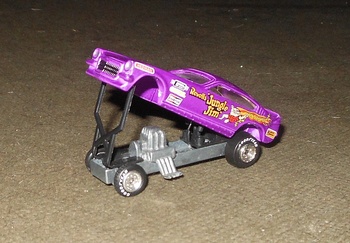 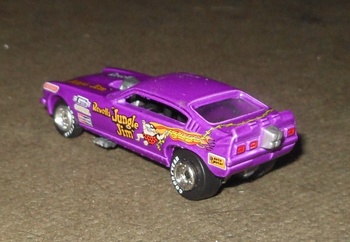 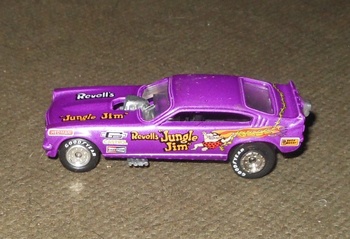 This is a two part post where I discuss the model and the actual car upon which the model was based.
The Model was made by Playing Mantis under the Johnny Lightning name. Playing Mantis obtained the Johnny Lightning name and produced more cars by far than the original Johnny Lightning. This model is from 1998.
The original Jungle Jim funny car is based on a 1972 Camaro. Jungle Jim Lieberman was the owner and driver and was known for him flamboyant driving. He did long burnouts and would reverse at 100 mph.
I prefer the funny cars from this era as they more resemble the cars on which they are based. It's hard to tell what the current cars are supposed to be as they stretch them out and along with many other modifications.