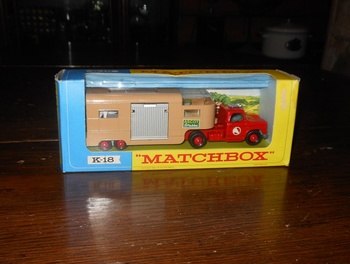 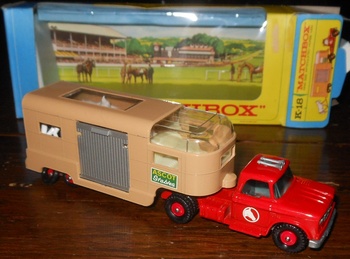 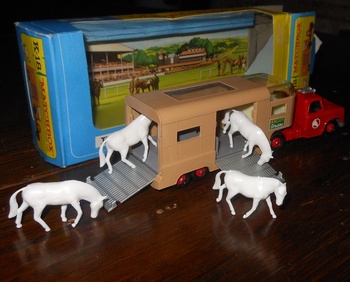 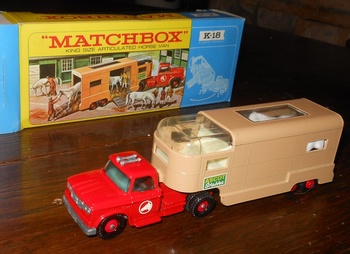 Thought I would get something nice for one of my primary collections and here it is. This is a King Size Matchbox which are much larger than a standard Matchbox model. More along the size/scale of the Corgi vehicles.

This one is called the Articulated Horse Box. That means a truck and trailer in this case. This is quite the fancy horse trailer befitting Ascot Stables. I am sure they have a fine stable of horses for the steeple chase and the occasional fox hunt. The front of the trailer has a passenger compartment for the owners would ride in luxury. It is being pulled by a Dodge semi truck with a nifty pair of air horns on top of the cab.

The box on this has graphics on the inside of the window box which suggests that it is from 1968. The model was released 1967 but I think it may have been originally released in the classic Matchbox style box. Possibly from 1967 but the window boxes with graphics in the interior were used in 1968. In 1969 the boxes had a plain light blue interior.

The horses here are the same as the ones used in the MB 43 Horse Trailer. So for those looking for horses for the King Sized version that is the way to go.