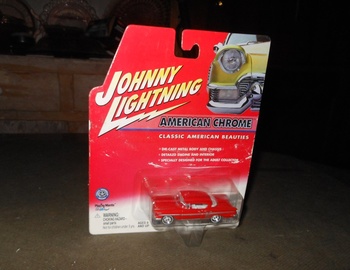 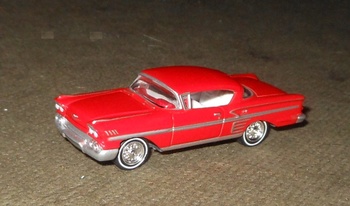 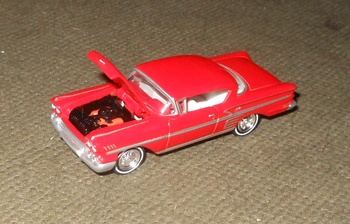 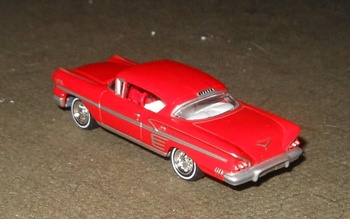 Another die cast car I picked up at the Murrieta Rod Run. This model was released in 2001 by Playing Mantis under the Johnny Lightning name. Typical of the die cast cars this is 1/64" scale about the size of a Matchbox car. They always say these cars are 1/64 but that seems unlikely as a 1961 close to the same size as this model. In reality a 1958 Impala was about 50-75 feet long and a Corvette about 10 feet long. Ok my numbers may be off by a bit but I think everyone gets the idea.
As can be seen this is a highly detailed model. Now that I posted it I looked at the underside and even that has good detail.