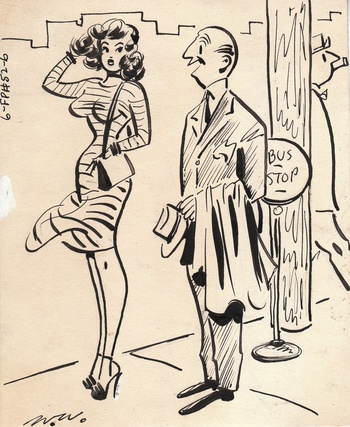 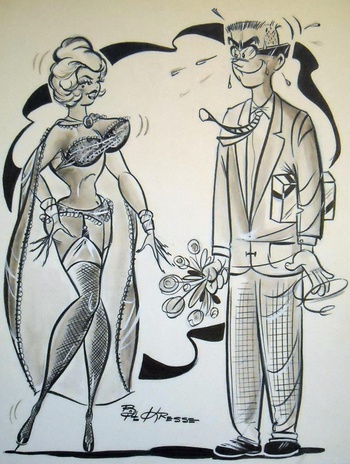 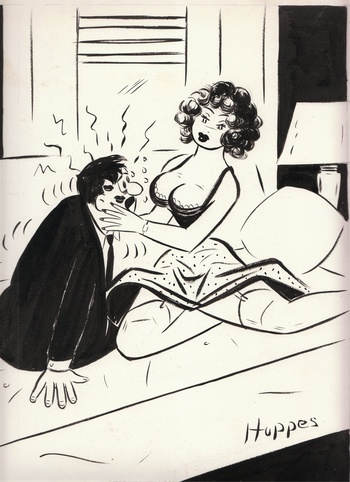 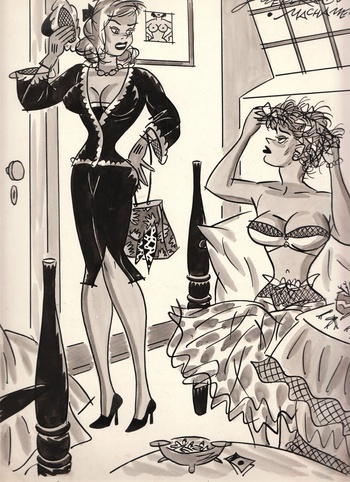 Humorama was a line of risque gag cartoon and pin up digests from the late 1950s and 1960s. The group included some 20 titles: Jest, Joker, Eyeful, Romp, Stare, Snappy, Zippy, Breezy. You get the idea. Each issue included a dozen or so cartoonists, some of whom have become well-known, even iconic, despite the sexist subject matter. Famous artists like Bill Wenzel, Bill Ward, Dan DeCarlo (of Archie fame) and lesser known but equally interesting cartoonists such as Jefferson Machamer, Lowell Hoppes, Bill Kresse, Stanley Rayon and a few dozen more. Even the co-creator of Superman comics Joe Shuster sold drawings to Humorama. Cartoon pin ups! The original work of all Humorama artists are collectible, many of whom had long careers as both "legitimate" comic artists and the risque. The magazines are as well becoming hard to find in mint condition. Included here are original drawings by Machamer, Wenzel, Kresse and Hoppes.

Risque original comic art, in particular the "vintage sleaze" girly art of this period fall in and out of favor, but much of the work is affordable and as each is a unique piece of art, desirable. There is also increasing interest from kitsch collectors, comic historians and surprisingly, women!