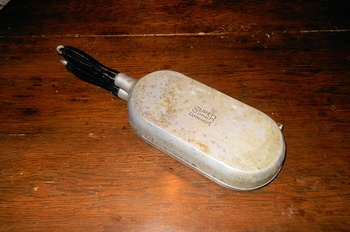 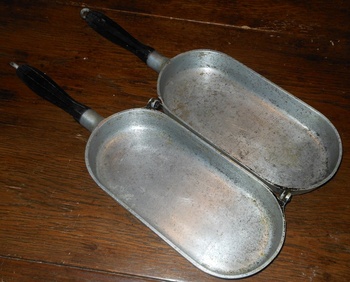 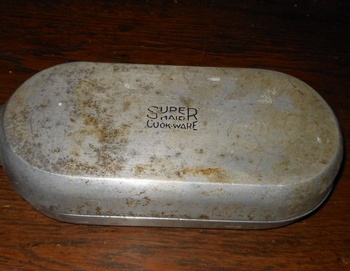 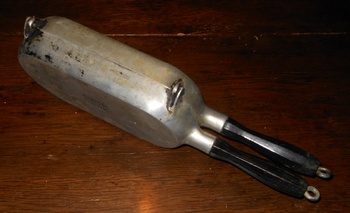 A dual handled cast aluminum pan for cooking. Some sources say it is for poaching fish and others say omelets or both. Where I bought it they said burritos but burritos don't look like burritos when being made.
What I did find out is that Super Maid was made in Switzerland and sold in the 1920s and 1930s.
The dual handles came in handy I am sure. Because then you could fold it up and it would be folded. OK it was probably a gimmick. It doesn't take up less space then a normal pan and it is a bit trickier to handle than a single handle pan.
It looks neat and that is what is important.